With additional Crime and Peter Chambers episodes, this collection contains guest appearances of the "average Joe actor of the 1940s and 1950s."

Choose your CD format
or order disks individually: Add to Cart Add to wishlist
Play a sample episode from September 02, 1943: 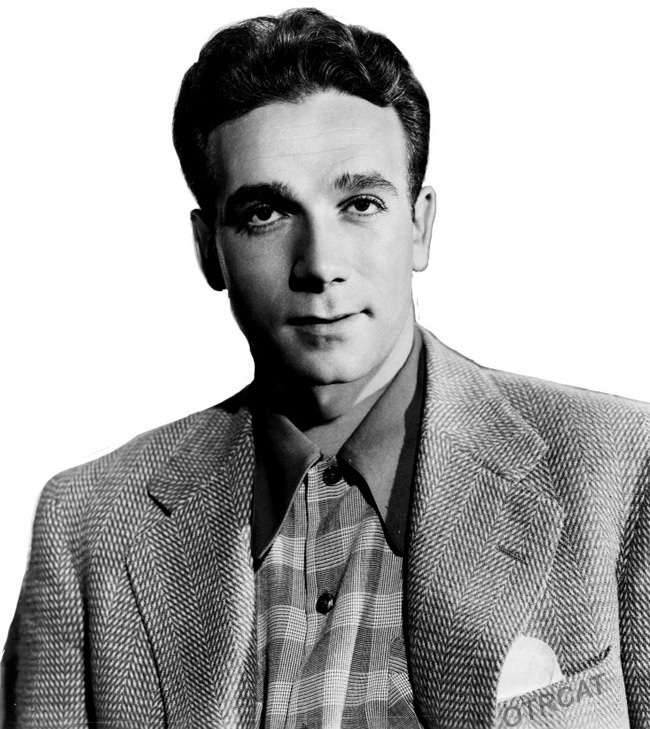 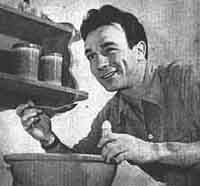 Dane also likes to
cook chicken caccitore.
Dane Clark was a popular "average Joe actor of the 1940s and 1950s." He successfully landed many acting parts due to his average looks. As he says:

"They don't go much for the 'pretty boy' type [at Warner Brothers]. An average-looking guy like me has a chance to get someplace, to portray people the way they really are, without any frills."

In 1943, Humphrey Bogart gave him his stage name, Dane Clark. His original name was Bernard Zanville.

Clark was born in Brooklyn, New York. He attended Cornell University, John Hopkins, and earned a law degree from St. John's Law School in his hometown. 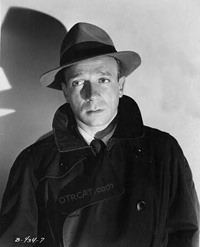 During the depression he had trouble finding work and tried magazine modeling, boxing and construction. He began his acting career in 1938, and went on to co-star with such great greats as Cary Grant, Betty Davis and Humphrey Bogart. Warner Brothers had hired him in 1943 as a replacement for John Garfield. However, Garfield continued on with Warner Brothers and Clark continued to play smaller roles, such as a "cocky troublemaker from Brooklyn. He played in many WWII movies, including "Destination Tokyo, "God is my Co-Pilot, and "Pride of the Marines. Later he appeared on numerous episodes of "Alfred Hitchcock, "The Twilight Zone, and the TV version of "Ellery Queen." His favorite role of all, however, was when he played the founder of The Harlem Globetrotters in the 1954 film, "Go, Man, Go!" He had to produce the film himself, and was proud that it helped combat racism.

This collection contains many of his guest appearances as well as Crime and Peter Chambers.