A Crime Letter from Dan Dodge

A rare classic in the "hard-boiled detective' genre with tough-guy Daniel D. Dodge and scatter-brained Susie.

Choose your CD format
or order disks individually: Add to Cart Add to wishlist
Play a sample episode from May 18, 1953: 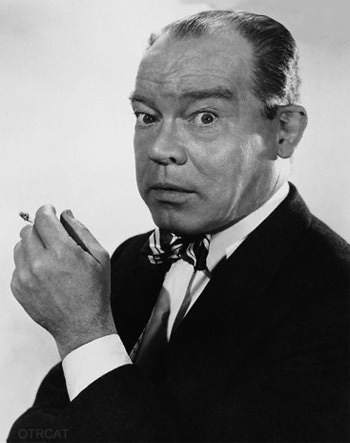 Aired in October 24, 1952, A Crime Letter From Dan Dodge was a detective radio drama that starred the fictional Daniel D. Dodge, "The Most Daring Private Eye." Armed with wisecracks and hot-headed deductions, the illustrious Dan Dodge narrated his dealings with crime and intrigue to his ever-dependable though scatter-brained secretary, Susie, with enough flair and aplomb to rival the genre's Sam Spade.

Voiced by Myron McCormick (of No Time For Sergeants fame), Dan Dodge was a tongue-and-cheek character that delighted listeners with his tough-guy/Sherlock Holmes demeanour. Shirley Eggleston, best known for her role in Valiant Lady, was the talent behind the humorous Susie. The show's fast-paced banter and outrageous plots kept the program going at 8pm every Friday, Eastern Standard Time.

The radio series by ABC was short-lived, however, and the lovable detective and his dame ended their adventures after a cool 19 episodes, before director Charles Irving called it quits. The last of the 30-minute episodes, The Prodigal Panda Capers, was played on air in February 27, 1953.

Now considered a rare old time radio wonder, A Crime Letter From Dan Dodge has only two surviving copies left, The Runaway Redhead Caper (Episode 15) and The Preposterous Caper (Episode 18). Incomplete but of very good quality, were initially thought to be lost. The only original copy of the show, consisting of 10 minutes airtime, was loaned out by Ms. Eggleston and was never heard of again.

Sponsored by Prom Home Perm and White Rain Shampoo, A Crime Letter From Dan Dodge reflected the light-hearted humor of the good ol' days, sprinkled with action and suspense typical of that era.

These recordings are also part of the Rare Detecties and Crime Shows Collection.