Corn's A Poppin' with Spike Jones and His City Slickers

Featuring Spike's brand of musical mayhem, he would "tour" the musical history of great American cities 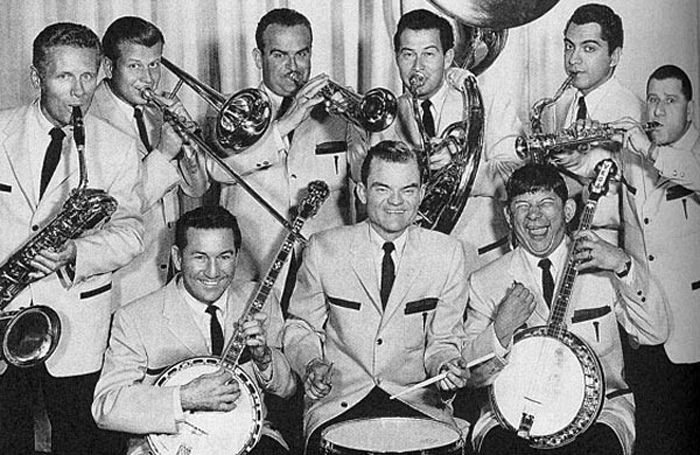 Spike Jones and His City Slickers star in this fun music entertainment old time radio show. Then it is okay to let loose and have a good time because that is exactly what Spike and the gang are doing!

Spike got his first set of drums at the age of 11, but a railroad chef showed him that he could have more fun tapping on pots and pans, or just about anything handy to make music, or at least something that passed for music!

Spike was soon playing with several theater pit orchestras and joined the Victor Young Orchestra in the 1930's. This led to a good deal of radio exposure and offers to play on The Lifebuoy Program and Bing's Kraft Music Hall. Spike was a percussionist on Bing's first recording of White Christmas, but he was soon ready to headline himself.

The City Slickers signed with RCA Victor in 1941, and managed to release "Der Fuehrer's Face" before the American Federation of Musicians strike shut down the recording industry. They went on to find further fame with their satirical brand of music in nightclubs and on the radio. 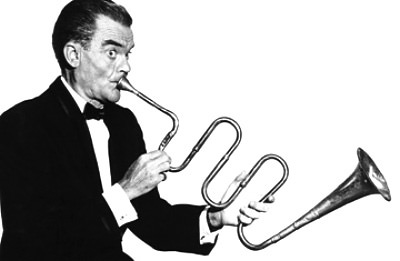 Spike and the Slickers got their first radio break as the 1945 summer replacement for the Edgar Bergen/Charlie McCarthy Program. In 1947, the band went to CBS for the Coca Cola sponsored Spotlight Revue. Corn's A Poppin' is the Spotlight Revue "decommercialized" for broadcast over the Armed Forces Radio Service.

Corn's A Poppin' featured Spike and his guests with regular appearances from Doodles Weaver as Professor Beetlebomb and Earl Bennett as Sir Frederick Gas. A popular feature of Corn's A Poppin' was a musical tour of great American cities. Somehow, Spike Jones Music is probably not what the cities' elite had in mind for their symphonic orchestras.