Anchored by the post-War swing tunes of Russ Case and His Orchestra, the Navy Recruiting Service put together a show featuring Broadway singers and swing music.

Choose your CD format
or order disks individually: Add to Cart Add to wishlist
Play a sample episode from April 15, 1951: 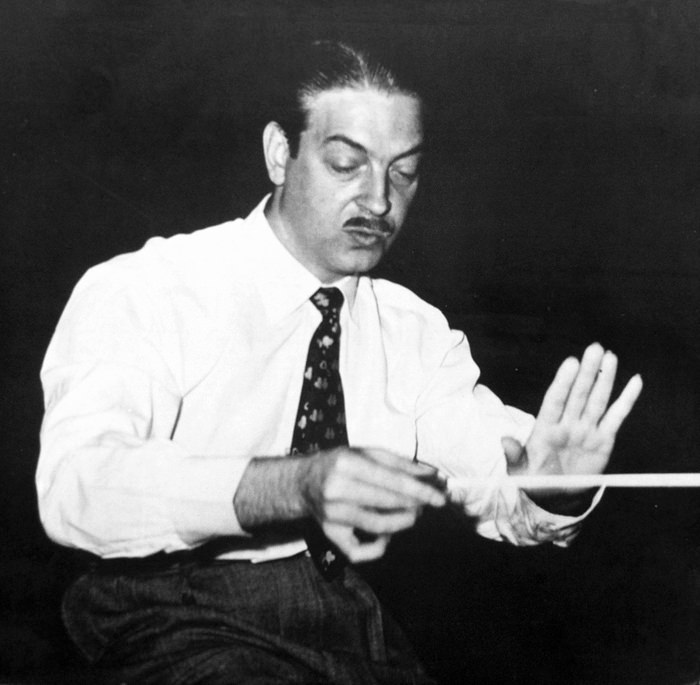 Opening to the big band strains of Anchor's Aweigh, the syndicated Broadway In Review was anchored by the post-War swing tunes of Russ Case and His Orchestra. Case was a highly sought after studio musician and arranger in his mid 20's, and became an important part of Perry Como's success during the 1940s. Case was a self taught musician and arranger, but he was good enough to stay employed throughout the big band era.

When the Navy Recruiting Service wanted to put together a show featuring Broadway singers and swing music, they teamed the Russ Case Orchestra with "Mr. Broadway himself", columnist Danton Walker. Each show opens with an introduction by announcer George Hicks followed by Walker giving the name of the episode's featured singer. After a number by the Orchestra, Hicks will plug the featured Naval department, whether the Nursing Corp, Aviation Cadet School or Enlisted Technical Skills Training. Walker interviews the guest and draws a song out, which leaves time for another Navy plug and a closing number from the Orchestra.

The link between good music and recruiting young people to go to sea in service of their Nation seems somewhat tenuous, but the Navy Recruiting Service always seems to get the best and most entertaining acts on the air. 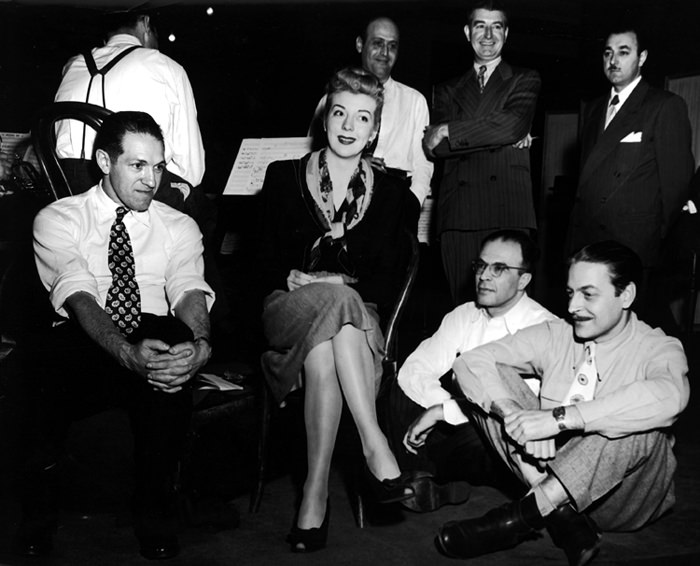