Rare chats between American journalists and their British colleagues in London.

Choose your CD format
or order disks individually: Add to Cart Add to wishlist
Play a sample episode from October 21, 1944:

George Bernhard Shaw famously wrote that "England and America are to countries separated by a common language."

There is indeed more that bind the American and the English peoples than separate them, which was so dramatically demonstrated by Roosevelt aiding Churchill with the Lend-Lease Acts and the eventual repeal of the Neutrality Acts. But Anglo-American kinship runs even deeper than politics. A sure fire way to increase ticket sales in New York Vaudeville houses was to book an act from Britain, while American actors who got the chance to play London often came home thinking of England as a second Home. 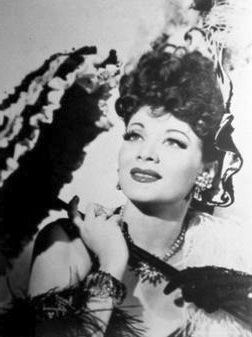 By the end of 1943 the War in Europe was slowly beginning to turn in the favor of the Allies, and cautious talk of Victory began to spread. It was in this environment that a joint project, Atlantic Spotlight, began. Premiering on Jan 1, 1944, Atlantic Spotlight was broadcast simultaneously in the US and Great Britain, and as much as possible, forwarded on to the Allied Troops. The program featured guest MCs in both New York and London.

The show seems to be closely associated with the American Theater Wing's Stage Door Canteen. The original canteen was set up by the Wing as a service to Servicemen. Actors and other theater people would work in the Canteen, serving and even doing kitchen duties as a show of support to the G.I.s and Allied Soldiers who passed through. The Canteen idea spread during the War, with similar facilities opening in other cities, including the famous Hollywood Canteen which featured many Movie Personalities, who were also hard at work supporting AFRS programs like Command Performance and G.I. Journal. Eventually there was even a Stage Door Canteen in London which was frequented by a number of American Celebrities who were in Europe.