It’s usually the heroes we remember best—Matt Dillon, The Lone Ranger, The Green Hornet, Sam Spade, Mr. Keen. The various crooks, killers and con men come and go each week, but it’s the good guy who sticks in our minds. 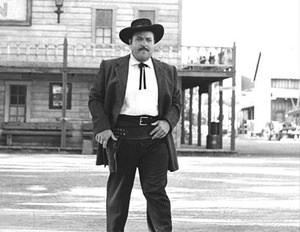 Occasionally, though, it’s the villain that stands out in our imagination. Sometimes, this is because he’s particularly loathsome, such as the two brutal thugs who hold Matt Dillon and a woman prisoner in the Gunsmoke episode "The Cabin" (December 27, 1952).

But most of the memorable bad guys are those who present the hero with a particularly difficult challenge; who are smarter than the average crook and harder to bring to ground.  These particular villains might be despicable scalawags, but--by golly--they’ve got style.

During his career on radio, Superman went up against seemingly countless killers, spies, mad scientists and corrupt politicians. But it was during a 39-part storyline from Fall 1945 that the Man of Steel went up against his most deadly and unforgettable adversary.

"Superman vs. Atom Man" begins on October 10, 1945 and runs through December 3. (Actually, the serial ties in so closely with both the preceding and following story arcs, you have to start with the September 24 episode and end with the January 8, 1946 episode to tie up all the various plot threads.) 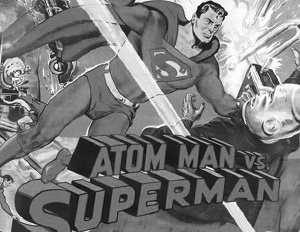 October 10, 1945 (12 Minutes)A German scientist named Der Teufel (That’s German for "the devil") gets hold of a chunk of Kryptonite. With the help of some other Nazi war criminals, he distills the Kryptonite into liquid form and injects it into a young fanatic named Heinrich Milch.Milch gains the power to shoot out destructive energy blasts that can turn large buildings into rubble.  Also, because his blood stream is now laced with Kryptonite, his mere presence causes Superman to grow weak.The super powered Nazi (now known as "the Atom Man") is played by Mason Adams, who does a wonderful job of endowing the villain with fanatical hatred and determination to crush the nations that defeated Hitler. Bud Collyer is typically perfect as Clark Kent/Superman and the plot itself is a well-written amalgamation of the mystery and science fiction genres. The final super powered battle between Superman and the Atom Man, breathlessly narrated by Jackson Beck, is one of old-time radio’s most exciting sequences.One particular villain was so memorable, the show in which he appeared was named after him. The Shadow of Fu Manchu is a syndicated serial produced in 1939 and featured adaptations of the original Sax Rohmer novels. Only about half of the episodes produced still survive, but through incredible good luck, these make up one complete storyline. 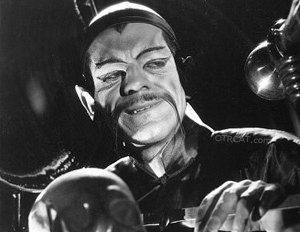 Fu Manchu (described as "tall, lean and feline, with a brow like Shakespeare and a face like Satan") is a criminal mad scientist intent on overthrowing Western civilization. To this end, he employs human assassins, poisonous insects, poisonous snakes, several other trained animals of various species and a variety of death traps. His arch enemy, Sir Denis Nayland Smith, is kept in a state of perpetual motion running around England, desperately trying to foil one evil scheme after another.The show successfully wraps a feeling of spine-tingling menace around a sense of adventure and keeps us entertained through 39 episodes of sudden death and narrow escapes. It all ends with what might be the most insidious death trap ever devised (involving a compartmentalized cage and a bunch of hungry rats) and one last narrow escape before Fu Manchu meets his apparent doom. No body is recovered, though, and Smith quite rightly suspects Fu might still be alive. Some villains are just too cool to die.The Lone Ranger had his own run-in with a mad scientist in a six-part story arc from 1943.  The Temple of the Sun saga begins on March 29, 1943 and ends with the April 9 episode. Like the Atom Man and Fu Manchu, the villain this time around really stands out from the crowd. Calling himself El Mundo (which means "The Universe" in Spanish), he sets up shop in an ancient Mayan temple he’s discovered near the Mexican border. 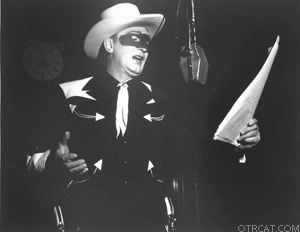 From this base, he uses a combination of murder, kidnapping and extortion to try to take over nearby ranches. His eventual goal is to establish a small nation of his own, strategically located to allow him to control trade between the States and Mexico.El Mundo uses electricity to set up death traps in and around the temple. His minions include some outlaws who are simply working for the promise of money, but most of his followers are poor slobs he’s drugged into a zombie-like stupor after convincing them he holds the secret of immortality. His femme fatale sister Myra is equally ruthless in her efforts to further his plans.The uncredited actor who plays El Mundo does a great job, giving the villain a calm, usually emotionless voice with just a hint of a stutter at the beginning of most of his sentences. All this helps to toss just a dollop of science fiction into the Ranger’s usual Old West setting and still have it all make good story sense. 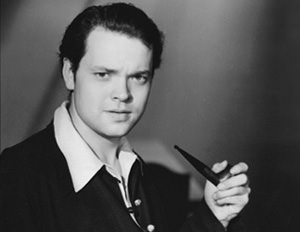 The scripts are excellent throughout the saga and all the various good guys have their moments. The Ranger gets plenty of opportunities to be heroic, but it’s Tonto—using his knowledge of Indian medicine—who whips up an antidote to El Mundo’s stupor-inducing drug. The Ranger’s nephew Dan outsmarts some kidnappers at one point, while the local sheriff finds a clue that proves El Mundo has framed an innocent man for murder. It all leads up to an explosive and satisfying conclusion.Sherlock Holmes’ nemesis, Professor Moriarty, popped up to vex Holmes more often on radio than he did in the original prose stories. The mathematician-gone-bad matched wits with Holmes in a Mercury Theater on the Air episode from September 25, 1938, attempted to use bubonic plague as an instrument of mass murder in "The Haunted Bagpipes" (February 17, 1947) and seemingly does away with the Great Detective in "The Final Problem" (April 17, 1955).All these stories have strong heroes as well as strong villains. It’s this dynamic—a battle between equals in which the outcome is uncertain—that make these stories stand out.See also Memorable villains of Old Time Radio Collection.

Tim DeForest has been geeking out on various elements of early 20th Century pop culture for most of his life. He is the author of several books on old-time radio, comic strips and pulp fiction. His first book—Storytelling in the Pulps, Comics and Radio: How Technology Changed Popular Fiction in America--was published in 2004. Radio by the Book: Adaptations of Fiction and Literature on the Airwaves, was published in 2008. Tim also maintains a blog about comics, radio and pulp fiction.Tim has also written magazine articles on military history and the American West. He regularly teaches several Bible studies and has served as a short-term missionary in Haiti and south Sudan.