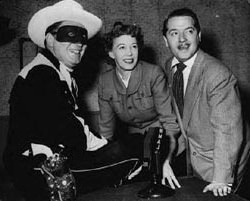 The Lone Ranger spent over two decades on radio, racking up a total of 2,956 individual adventures as he and Tonto fought for justice in the Old West. So it's not at all surprising that the masked man ran across an actual historical person from time to time. 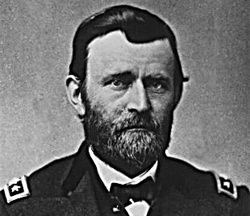 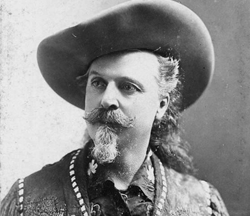 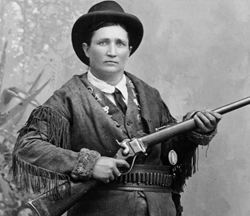 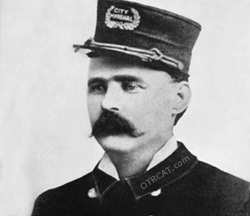 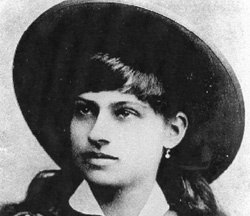 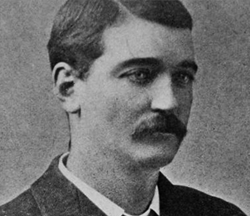 Of course, historical personalities would pop up for quick cameos throughout the show's run. For example, "Gold for Maximillian" (from March 27, 1944) gave us brief appearances by Generals Phil Sheridan and U.S. Grant.But between February and August 1944, The Lone Ranger broadcast an intermittent series of episodes that specifically centered around the Ranger's encounters with people drawn directly from history. In these episodes, he meets good guys like Buffalo Bill and Bat Masterson. He meets bad guys like John Wesley Hardin and Butch Cassidy. He runs into a few less famous but no-less-real people such as army scout Pawnee Bill or outlaw Sam Bass.It was a fun idea, executed with the superb storytelling skills and production values that were typical of The Lone Ranger throughout its run. And the opportunity of "seeing" what happens when the Lone Ranger meets up with the likes of Bill Cody or Billy the Kid is something few old-time radio fans should pass up.It all started with "Buffalo Bill" (February 14, 1944). We meet Bill when he's a teenager, competing in a shooting competition. He uses a particular trick to bag several prairie dogs at once—a trick that serves him well years later when he and the Lone Ranger are surrounded by hostile Arapahos.These episodes were often structured this way—giving us a "flashback" to the person's youth that establishes an important character trait or set ups something that will be key to the plot later in the story. "Calamity Jane" (April 10, 1944), for instance, presented us with a quick-tempered tomboy who beat the stuffing out of the snooty rich kid who insulted her, thus giving us a quick and vivid grasp of her personality.  (This also led to a line of dialogue that, for some reason, makes me laugh aloud whenever I hear it. When the rich kid's father comes running up to break up the fight, he shouts "Here now, take your knee out of Gilroy's face!")"Ben Thompson" (April 3, 1944) starts off with an emotional Civil War incident in which the future gambler is forced to kill several Union soldiers, giving him a superstition about the color blue that will come back to haunt him in later years. "Annie Oakley" (May 8, 1944) begins with Annie whooping her future husband Frank Butler in a sharpshooting competition. Tonto was in the audience, which leads to the Lone Ranger recommending to Buffalo Bill that he hire Annie for his new Wild West show. This in turn leads to the Ranger being nearby when a couple of owl hoots try to rob the box office receipts.In very general terms, these episodes would play off of actual historical events. But, not surprisingly, these events were streamlined or rearranged to fit the needs of good drama. Occasionally, some incidents were completely fictionalized. "Bat Masterson" (March 6, 1944) presented Bat and Texas gunman Clay Allison as arch-enemies, when the two never seemed to have actually met in real life.But sometimes actual history could not be ignored and in several cases, this turned an episode into a tragedy (something that was otherwise rare on The Lone Ranger.) History demands that "Calamity Jane" falls in love with Wild Bill Hickok. When a young thug named Jack McCall shows up in Deadwood looking for Hickcok, it's a pretty safe bet for anyone familiar with what happened in real life that the episode is not going to end happily. 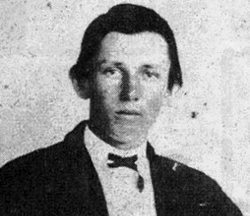 "Billy the Kid" (June 26, 1944) built its story around the Lincoln County War, in which the historical Billy was a participant. A real incident, in which Billy and some allies are surrounded by gunmen and trapped in a burning building, becomes a particularly effective action sequence on radio—with the Ranger and Tonto putting in an appearance to rescue a pair of endangered women."Billy the Kid" is an especially strong episode from start to finish, with some particularly effective characterizations. Billy's friend and eventual nemesis Pat Garret plays an important role, while Lew Wallace pops up as territorial governor. Wallace was the author of Ben Hur, something that actually turns out to be a plot point in the story. 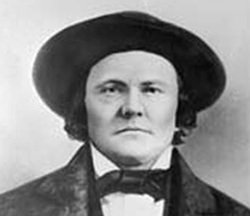 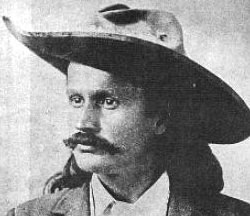 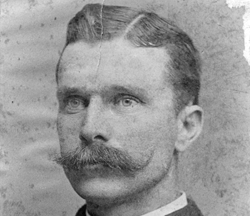 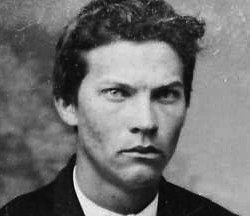 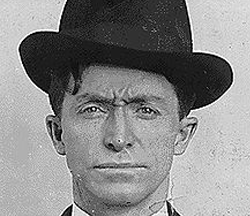 My favorites of all these episodes were broadcast May 19 and May 22, 1944, telling us how the Lone Ranger met Teddy Roosevelt. This may be the single greatest team-up of all time, with the Ranger helping the future president round up some rustlers, then (when they meet again several years later) going up together against Butch Cassidy and the Hole in the Wall gang. It's here that the Ranger actually comes up with a way to use a painting by Roosevelt's friend Frederic Remington to trick the bandits into surrendering. (Because of a flaw in the original recording, this second Roosevelt episode has a minute or so of bad sound about halfway through. But be patient—it's worth listening to.)Perhaps the most bizarre entry in the series was "Kit Carson" (July 17, 1944), which was set in the year 1826. No explanation for why the Lone Ranger was suddenly shifted a half-century back in time, but it's a good story regardless, with Kit and the Ranger trying to get a wagon train through hostile territory.Eventually, the Ranger also met army scout Pawnee Bill (March 13, 1944), as well as outlaws Sam Bass (April 24, 1944), John Wesley Hardin (June 12, 1944) and Al Jennings (August 7, 1944).The Lone Ranger wasn't the only radio Western hero to meet up with historical people. Over on Gunsmoke, Matt Dillon had his own run-ins with Billy the Kid (April 26, 1952) and Jesse James (September 6, 1952). He also teamed up with both Doc Holliday (July 19, 1952) and Bill Hickok (July 25, 1953).Hickok leaves Dodge City at the end of that episode to find some peace and quiet in Deadwood. Of course, what he found was a bullet in the back. And it turns out that this incident was witnessed by Frontier Gentleman J.B. Kendall in "Aces and Eights" (April 20, 1958). It's a wonder that Kendall and the Lone Ranger didn't run into each other, since it turns out both men were in Deadwood at that time. And it's poor Hickok's bad luck that he could have not one, but two of radio's great western heroes in town at the same time, but still couldn't avoid getting killed.But though other Westerns dabbled occasionally in bringing history and fiction together, it was The Lone Ranger that made a concerted attempt at it throughout its 1944 schedule. The results were strong stories and great characters—radio adventure at its best. For additional recordings, see also:

Tim DeForest has been geeking out on various elements of early 20th Century pop culture for most of his life. He is the author of several books on old-time radio, comic strips and pulp fiction. His first book—Storytelling in the Pulps, Comics and Radio: How Technology Changed Popular Fiction in America--was published in 2004. Radio by the Book: Adaptations of Fiction and Literature on the Airwaves, was published in 2008. Tim also maintains a blog about comics, radio and pulp fiction.Tim has also written magazine articles on military history and the American West. He regularly teaches several Bible studies and has served as a short-term missionary in Haiti and south Sudan.

Be the first to comment on "Lone Ranger: Adventures with Historical Western Figures in Old Time Radio"