The Last Stand. A small band of men, perhaps low on ammunition or water, desperately tries to defend a fort or a piece of land against an overwhelming attacking force. They beat off one attack after another, but still they fall one by one to enemy fire. Will help arrive in time to save the last few survivors?

It's a situation inherently rich in dramatic tension, so it's no surprise that countless works of fiction, especially in the Western and war genres, have turned to it time and again. And it's also no surprise that some enormously entertaining old-time radio episodes have used the Last Stand as its primary plot device. 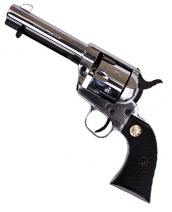 "Command" (May 26, 1950) is a Western based on a short story by James Warner Bellah. It's a tense and intelligent tale about a cavalry patrol chasing a band of Apaches. A small detachment is sent out to occupy a hill and act as bait to draw out the Indians, forcing them into battle with a stronger force until the rest of the patrol arrives. With the point of view constantly shifting between the officers and enlisted men, "Command" effectively counterpoints those who order men into danger and those who obey such orders. Adding this to an inherently suspenseful plot makes for a superb half-hour of radio.

"The Drums of the Fore and Aft," (April 19, 1948) based on a Rudyard Kipling story, takes us to Afghanistan and introduces us to a disgraced British regiment that once fled from battle. The bravery of two young boys, though, will give the regiment back its sense of honor and allow it to rediscover its collective courage.

Two of Escape's Last Stand episodes featured animals rather than humans as the attacking force. And both these episodes rank among the finest stories ever produced during radio's Golden Age. "Leiningen vs. the Ants" (January 14, 1948) tells us of a stubborn, prideful man who refuses to allow his South American plantation to be overrun by a horde of deadly ants. The climax, in which Leiningen must run across an ant-covered field in order to carry out his last desperate plan, is incredibly tense. William Conrad is pitch-perfect as Leiningen, endowing that character with a mixture of hubris, courage and intelligence.

But as tense and exciting as was "Leiningen vs the Ants," "Three Skeleton Key" manages to surpass it. This popular story was broadcast at least four times on Escape (and was also later used on Suspense), but the best version is from March 1, 1950, with Vincent Price in the lead role. He gives us a perfect mixture of fear and desperation as one of three men trapped in a remote lighthouse by a horde of starving rats. The suspense is so thick that it's amazing the sound can actually still ooze out through your speakers. If I had to pick Old-Time Radio's single finest episode, I think I would go for this broadcast of "Three Skeleton Key."

Escape's version of the classic adventure novel Beau Geste (June 6, 1948) is yet another fine Last Stand story, as we join the outnumbered French Foreign Legionaries at Fort Zinderneuf, desperately holding off the attacking Arabs. But fitting a novel into a half-hour time slot made this particularEscape episode feel rushed. A stronger version of Beau Geste was broadcast on March 17, 1939 on The Campbell Playhouse. Orson Welles is Beau and Laurence Olivier is Beau's brother John—the narrator of the story. Noah Berry Sr., who was always good in villain roles, is the brutal Sgt. Lejaune. Berry had actually played Lejaune some years earlier, in a silent movie version of Beau Geste. On radio, he finally gets to add some dialogue to the role.

The siege of Zinderneuf is the highlight of the episode, structured with Orson Welles' typically precise understanding of how to tell a story on radio. A scene in which Lejaune orders the roll to be called, with many men not answering because they've been killed, is particularly good. 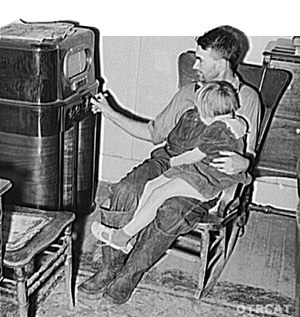 Of course, many of radio's Westerns used the Last Stand theme. Hoppy helped out a cavalry troop surrounded by Indians in "Apaches Don't Use Guns." A Fort Laramie episode from June 3, 1958 climaxed with a similar situation. Titled "Don't Kick My Horse," it centers around an unpopular trooper who seems to think more of his horse than of his fellow soldiers. But, when the company is trapped in a valley by hostile Indians, that trooper may prove to be their only hope.

Frontier Gentleman did a heart-wrenching Last Stand story on February 23, 1958. "Kendall's Last Stand" finds reporter J.B. Kendall trapped in a cabin with two other survivors of an Indian ambush. Virginia Craig is wonderful as a woman whose son had just been killed, but who knows there's simply no time for grief until the danger is over. A scene in which Kendall and another man must sneak out of the cabin to try to get the drop on the surrounding Sioux is yet another example of seamless storytelling.

There are many more Last Stand stories, though these episodes are the cream of the crop.  Dramatic radio is, of course, an ideal medium for telling gripping stories. These Last Stand episodes number among some of the best that OTR has to offer.