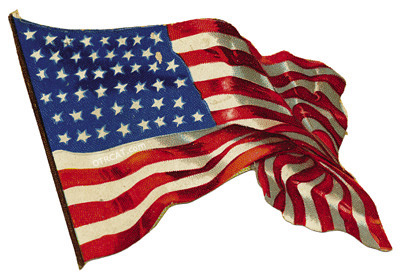 Happy Fourth of July from OTRCAT.com!

"We hold these truths to be self-evident, that all men are created equal, that they are endowed by their Creator with certain unalienable Rights, that among these are Life, Liberty and the pursuit of Happiness." 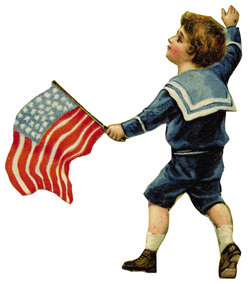 The Fourth of July is now celebrated in America today with parades, fireworks, carnivals, and good bar-b-que with family and friends.

"July 4th Trip to Eagle Springs" from July 3, 1949
Things get complicated as Miss Brooks tries to get away for the 4th of July holiday. It all started when Miss Brooks breaks Principal Conklin's eyeglasses…with a hammer.

"July 4th, 1776 Philadelphia" from March 21, 1948
You are there for the signing of the Declaration of Independence on July 4th, 1776 in Philadelphia.  The heat is unbearable and even worse is the horseflies.  The Founding Fathers are interviewed as well as some of the dissenters who are against Independence—who will win? 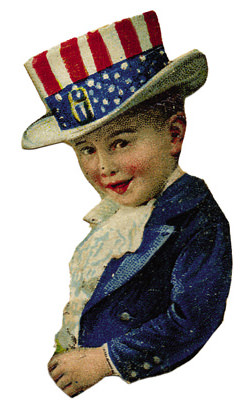 "July Fourth in a Radio Car" from July 4, 1934
Calling all Cars features true stories from the squad car on 4th of July.  The most interesting of which involves parents listening in on police radio hear about a child hit by a car…on their street…is it their child?

"Planning a Company Picnic " from July 3, 1948
Peggy wants to invite her new boy friend, Harold Harbinger, to the company Fourth of July picnic.  One catch, Mortimer's boss hates everyone with the last name Harbinger as his family's business is the chief rival of Mortimer's company, Barker and Company.  Meet the Meeks is sponsored by Allsweet Margarine the margarine with the natural delicate flavor, mmm…good

We hope you enjoy these recordings from the 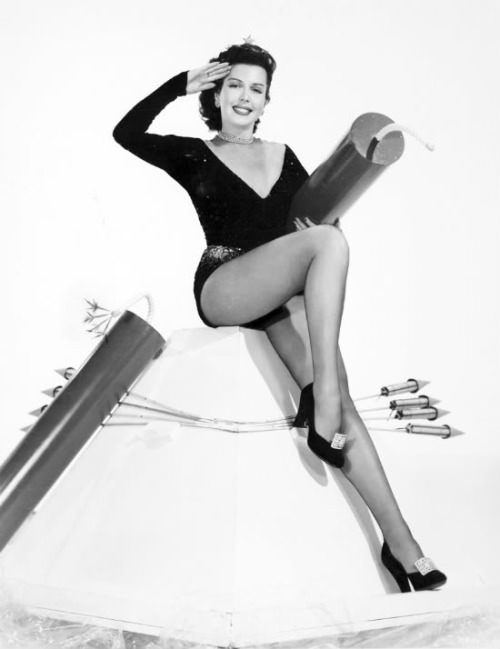 Spoiler : Just wanted to wish you (and OTR cat) a HAPPY 4TH OF JULY Jon. Love looking at all the wonderful historic photos, ads, etc. on your cool website. And what a huge selection of old radio shows to choose from! Thanks again for keeping this great form of entertainment alive. As always -- we appreciate you! God bless America and long may the stars and stripes wave.

Reply
Spoiler : Here's to what this day is all about: freedom. And to living in the greatest country in the world. All of us old time radio fans appreciate your great website.

Reply
Spoiler : Listening to these shows is a tradition in our house every Independence Day! Thanks!!

Reply
Spoiler : Thanks for this reminder. I've picked up an instant download. I hope you and yours have a Happy 4th Weekend! We're big on fireworks so we don't have to travel far to see the sky light up! lol