"When I was a boy of fourteen, my father was so ignorant I could hardly stand to have the old man around. But when I got to be twenty-one, I was astonished at how much he had learned in seven years." 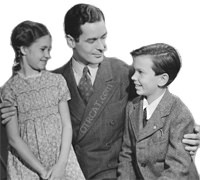 Father's Day is the third Sunday in June every year.

Please enjoy these father-themed old time radio shows free to download from the Father's Day Collection.  Read about each episode and listen to these special shows!

"Henry's Father is Sick" from November 11, 1952
Father is recovering from a "virus attack" so severe that a mere whistle from Henry gives him the chills. With mother volunteering at the Red Cross and his sister helping at the hospital, it's up to Henry to peel the potatoes for dinner. Sure that he needs to leave school early to peel potatoes, he inadvertently convinced the principal that his father is on his death bed. This whole town pitches in for the family. 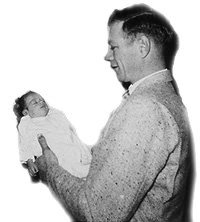 A Date with Judy- (Comedy)

"Father's Birthday" from August 1, 1944
It's Father's birthday and Judy has $2 to find him a gift, but ends up buying a snood for herself and a smoking jacket on her dad's credit for him (he doesn't even smoke). Undeterred, she decided to surprise her lucky dad with a day away from the office. The only trouble is he's due to meet an important patent owner who happens to be an aging bachelor. Undeterred, Judy invited her friends and sets up one of her teenage galpals to be the bachelor's "girlfriend for the day" at the amusement park. 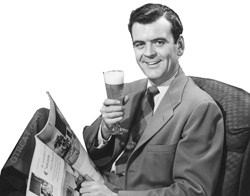 "Big Father" from March 8, 1955
There is a "hot prowl artist" in the Silverlake district of Los Angeles. His M.O.? He breaks into homes and when the housewives catch him, he claims that he's an electrician. The local mailman reports a similar incident to the police when he hears that Mrs Waldo Perkins told him of a similar experience. 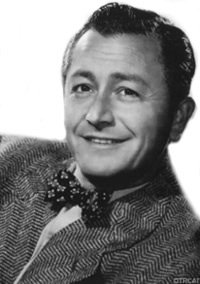 "Dad Plays Golf Tournament " from May 11, 1950
Betty is positive that Father wants to buy her a new dress. Meanwhile Cathy and Bud break a window practicing their golf swing. Father is entered into a golf tournament, but his opponent wants to back out due to a cold. Father is convinced that is not a good reason, until he is injured in the backyard playing with the kids.

All these episodes are from the