When did you first become interested in old time radio? 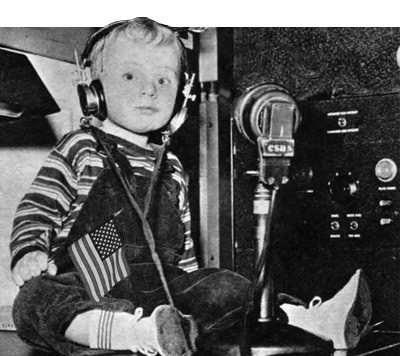 My interest in old time radio started when I was around eight years old and my dad played The Whistler radio show on reel-to-reel.  I was spooked, but hooked. It became our nightly routine to listen to The Whistler after dinner. As an adult, I had long hours at work and a one hour commute each way in the 1990s. I heard a radio program on a local station and I looked for a comprehensive and affordable source for vintage radio programs.  That's when I began trading and collecting radio shows in earnest and it has brought me endless joy ever since.

When did you first become interested in old time radio?  Please add your comments below!

Spoiler : I may have told you that I renewed my interest in the last few years after retiring from the army. When I was about 11 years old, probably as a birthday gift, I received a Longines Symphonette LP set of old time radio. This would have been in the mid 1960's and I can still clearly remember the LPs. It included samples of radio shows with radio broadcasts of drama, soap operas (Ma Perkins), comedy (Amos & Andy and Fibber McGee and Molly), adventure (Jack Armstrong, the All American Boy), old commercials ( Chesterfield cigarettes, Interwoven Socks, Lava, Wheaties, Rinso White and Rinso Bright), A sporting events LP, Major News stories (The Hindenburg Disaster), and an LP of the famous War of the Worlds by Orson Welles. I remember my dad talking about the Whistler and reciting the introduction. I also remember the program on the Longines Symphonette LPs I sited as my introduction to old time radio.