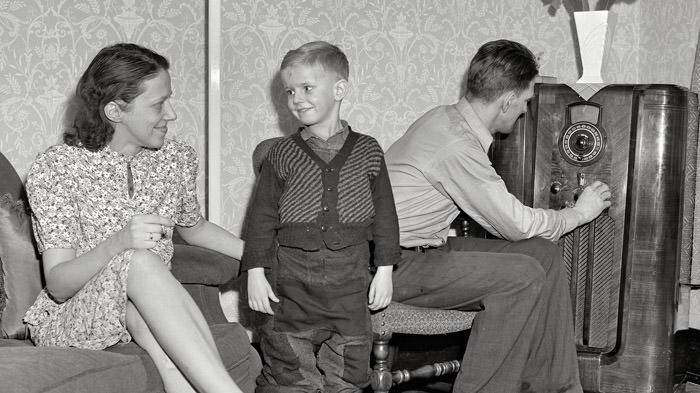 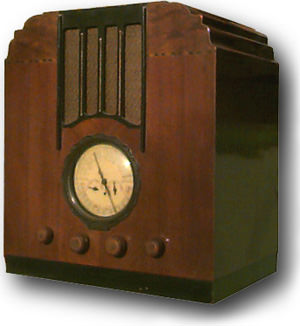 On Sept 30, 1962, radio passed the torch to television as the primary broadcast entertainment media. Since the rise of the radio networks in the 1920's and 1930's, radio had become a dominating force in bringing the nation together with the ability to share information on a large scale. It also helped to unify American Culture by making the same high quality entertainment available from coast to coast.

On this day, The Mets were at Wrigley Field and got beat by the Cubs, 5-1. Meanwhile the United Farm Workers was formed by Mexican-American Labor leader Cesar Chavez, but most of the nation's political attention is focused on Oxford, Mississippi. James H. Meredith is trying become the first African-American to attend classes at "Ole Miss". Meredith was accepted to the University, but then denied enrollment when his race was discovered. His admission was finally ordered by a Federal Court and enforced by Federal Marshals, but when he attempted to attend classes a riot involving more than 3000 people erupted. President Kennedy addressed the nation that evening over radio AND television.

But television was set to take over, not because TV was a better way to share information and entertainment than radio. TV took over because the sponsors believed it was the wave of the future. In actuality, the expense and technical complication of television placed limits on the quality of programing, arguably causing an overall "dumbing down" of mass media. 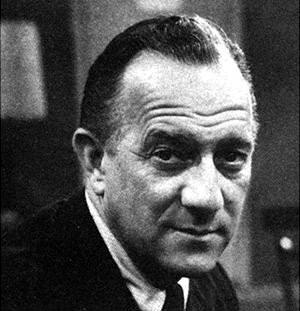 This is a polar opposite of what listeners heard on CBS Radio on the evening of Sept 30, 1962. Whether they were turning away from the depressing developments in Mississippi, or simply clicking on their transistors for company at work, listeners were treated to a pair of shows that would conclude the Golden Age Of Radio.

At six o'clock, listeners got to hear Mandel Kramer in front of the microphone as Yours Truly, Johnny Dollar. The Man With The Action-packed Expense Account had been around since the end of the 1940's. Several actor's had played Johnny Dollar through the years, and this last adventure was typical of the program's usual high quality. Johnny gets called to the bedside of a dying convict. Although it was Johnny's testimony that sent the convict up the river, he had always been a straight shooter. Besides, the loot from the convict's last job had never been recovered, and the Insurance company was forced to pay off. The con lets Johnny in on the secret, a secret that will involve murder and nitroglycerin!

Suspense, "Radio's Outstanding Theater of Thrills", had been on the air even longer than Yours Truly, Johnny Dollar. Beginning in 1942, the Suspense radio program brought an incredible variety of thrilling and shocking tales over the airways. The scripts were usually adaptations from short stories and novels, and writing for the radio was compelling. Audiences could not help be drawn into any of the episodes, and the final broadcast is no exception. 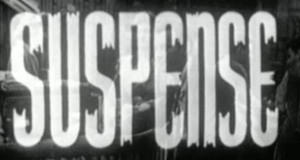 In the last episode of Suspense, a young man is living a life of leisure in Dublin, having come into several inheritances. One of his properties is one he has never actually visited, a mansion, really almost a castle, called Devilstone. He has a chance to rent Devilstone to some new tenants, but after visiting the place, the couple is angered that he would send them to a haunted castle without warning. The young man decides to visit Devilstone, and of course, he comes face to face with the specter himself! Will he be able to free the ghost from his castle? As we find the answer, the End of the Golden Age of Radio comes to a close.

It was a climatic end of old time radio when two of the most beloved programs ended on the same night. Although there was other programming on the radio, there was a dramatic shift away from the radio dial and towards the television screen in American homes.

We are grateful that OTRCAT.com has been able to preserve and restore the radio shows of yesteryear for our generations and generations of the future to enjoy.

Spoiler : Suspense was an all-time favorite of my family. I remember feeling really sad when we heard the last broadcast as our family was one of the last in the neighborhood to get a TV. These recordings bring back some fond memories.

Reply
Spoiler : They played the last suspense today on Those were the days and mentioned the last Johnny Dollar

Reply
Spoiler : The final Johnny Dollar broadcast on CBS occurred immediately BEFORE the final broadcast of Suspense. I know. I was there, at home with my radio, listening to it happen on September 30, 1962. And for all of us real-time listeners in the Eastern and Central zones -- both programs were very hard to follow that evening, due to the repeated interruptions of CBS News bulletins regarding the violent and deadly "integration riot" (also known as the "Battle of Oxford") that was taking place on the campus of the University of Mississippi. Fortunately for latter-day OTR collectors, the surviving complete copies of those two final broadcasts were either saved from the three-hour delayed West Coast feed -- or smuggled out of the basement of 485 Madison Avenue in NYC where, just a few years later, multiple decades of CBS Radio history were being "archived" on that brand-new (at the time) storage medium called the "Compact Audio Cassette"!