You Can't Do Business with Hitler

A Pre-War anti-Nazi propaganda program, You Can’t Do Business With Hitler was based on the true-life experience of a former employee of the US Embassy in Berlin.

"Heads they Win Tails We Loose" 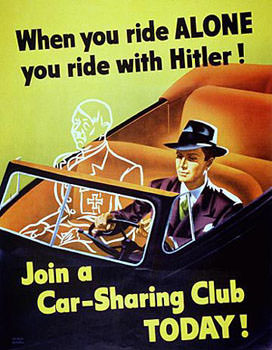 Created by the Office For Emergency Management, You Can't Do Business With Hitler was based on the book by the same name published in 1941 by Douglas Miller. The book describes Miller's experiences working in Germany in the 1930's. In the 1939 he resigned from his position at the American Embassy in Berlin in 1939 and became a staunch opponent of the Nazi regime, philosophies, and business methods. His greatest fear was that the Nazi economic and social system would move to America causing repression and violence.

The control over the importation of American goods into Germany began as early as 1934. In Miller's opinion, Hitler had his eyes on the exportable commodities of the new world including Latin America, which would have squeezed out American exports into European and Asian market. For example, American lard exporters found a difficult market in Nazi Germany for American goods.

Directed by Frank Telford and written by Elwood Hoffman the radio show outlined examples of Nazi's dishonest trade deals, such as not paying for products like wool from South Africa coffee from Brazil, and currants from Greece then reselling them. You Can't Do Business With Hitler featured offenses by the Nazis including mass murder, repression of religion, suppression of education, and much more.