Choose your CD format
or order disks individually: Add to Cart Add to wishlist
Play a sample episode from August 31, 1952: Wendell Corey brought to the stage, the screen, and the airwaves, a varied set of interests and experiences. He was a World War II hero with some aspirations to be a tennis pro who instead ended up selling washing machines for a living as a young adult. 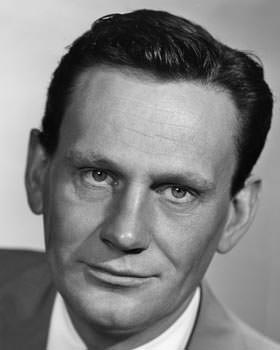 A couple of years into a modest stage career, Corey failed an audition for Robert Sherwood's The Rugged Path and thought his dabblings in acting were over. However, he spiked a lead role in Dream Girl and was catapulted into stardom as a stage actor.

Wendell Corey's masculine, textured, not-quite-raspy voice lent him great opportunities to cross over into radio. On the enchanted airwaves, he played roles in productions on top-notch programs such as Cavalcade of America, Lux Radio Theater, and Inner Sanctum. To these he brought a keen intelligence and passion that would later lead him to serve on the Santa Monica City Council.

Wendell Corey's lead role in "Doctor Commando" on Cavalcade of America was perfect for a real-life war veteran. Corey played a medical officer who sneaked across Korean lines to learn about an outbreak of plague. His co-star was Les Damon. 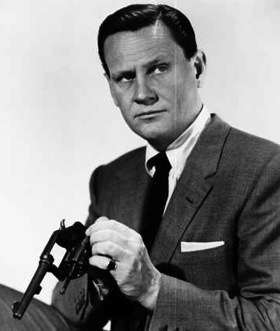 Inner Sanctum did a fantastic job of bringing in only the most beguiling tales, and "Strange Passenger" was no exception. In 1952, Corey starred in this chilling story of a man who picks up a female hitchhiker who seems to be immortal.

Another great showcase for Corey's chops is "Carbine Williams," in which he played a supporting role on Lux Radio Theater. This radio adaptation of the Jimmy Stewart war movie starred the inimitable Vincent Price.

In "One Came Through" (Cavalcade of America) Corey interacted with an ensemble cast studded with Ed Begley, Ginger Jones, Robert Dryden, and Arnold Moss.

"Rubies For Kali" is an early work of Wendell Corey's from 1948. It spins the tale of an airplane pilot in the Mideast getting mixed up with a girl in hot pursuit of rubies left to her by her father.

The Wendell Corey collection presents a skilled craftsman in vintage performances that will round out a radio lover's collection.