A popular American actress, singer, and radio personality described as "both a hot dish and a dead pan at the same time": Virginia O'Brien AKA "Frozen Face" was best known for her comedic roles with a deadpan delivery in 1940s musicals.

Choose your CD format
or order disks individually: Add to Cart Add to wishlist
Play a sample episode from May 01, 1946: 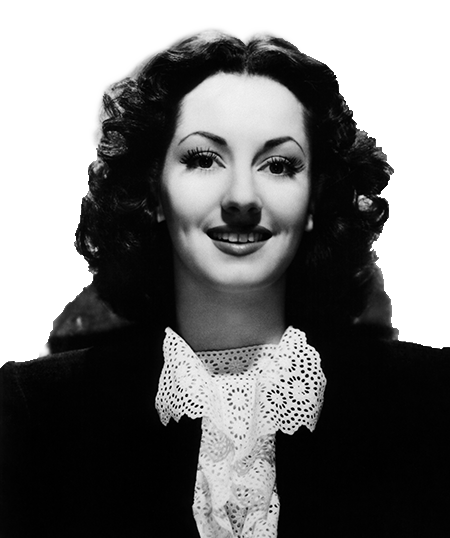 Stage fright is a very real and sometimes debilitating condition. Some performers seem to be most alive when they are performing, and when we look at some of the physical effects of stage fright, we can see how performing can be like a drug. In many cases, stage fright can cause the body’s sympathetic nervous system to activate. For some performers these reactions, along with the adoration of the audience, can bring on a drug like euphoria. For others, the "fight or flight" syndrome can take over, with a release of adrenaline and dry mouth, shaky voice, trembling, even collapsing into a classic fetal position. 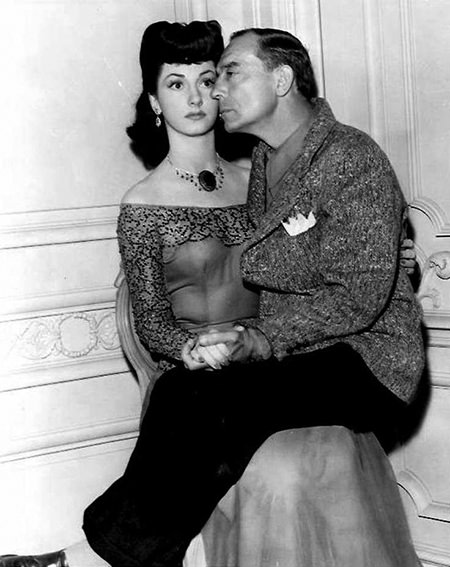 Radio was a place for some stage fright sufferers to perform without suffering the effects of their phobia. Al Jolson suffered from stage fright, as did Gracie Allen and Jack Benny’s wife, Mary Livingstone. Most performers are eventually able to overcome their stage fright, but occasionally it turns into an asset.

Virginia O’Brien was a very pretty girl whose father was a detective captain with the Los Angeles Police Department, one uncle was the LA postmaster, and another uncle was Hollywood director Lloyd Bacon. Pretty Virginia decided to give show business a try and won a part in the LA production of the musical comedy "Meet the People" in 1939. When it was time for her number on opening night, she went on stage and her face froze. She sang the song beautifully, but her face remained a glacial deadpan. Virginia left the stage horrified, thinking her singing and acting career was over, but the audience thought that the deadpan had been a joke and loved the way she carried it off. Among those laughing in the audience was Louis B. Mayer. She was nicknamed "Frozen Face."

MGM offered Virginia a contract in 1940, and she continued with her trademark deadpan style. She worked steadily, making 16 films between 1940 and 1947. Most of her parts were small supporting roles and featured music numbers, but she was popular with audiences and her fellow actors. She was paired with Red Skelton in several pictures, including DuBarry Was a Lady (1943), co-starring Lucille Ball.

Miss O’Brien was popular on AFRS’s Command Performance as well as making appearances on Mail Call. By the time her MGM contract was up for renewal in 1947, the studio system was beginning to crumble and the public’s taste for musicals was beginning to fade.

Virginia was popular on the nightclub and cabaret circuit, and appeared in several stage musicals. One night in 1980, Lucille Ball appeared at a seminar at USC helmed by Charles Waters, dance director for DuBarry Was a Lady. During the question and answer portion of the evening a fan asked Lucy "What ever happened to Virginia O’Brien?" Suddenly a voice popped up "She’s back here in the cheap seats!" Lucy was thrilled with the unexpected reunion, which made the evening even more special.