Dick Baker was one of the jolliest music makers on the Chicago scene and a constant presence on WGN radio and TV. 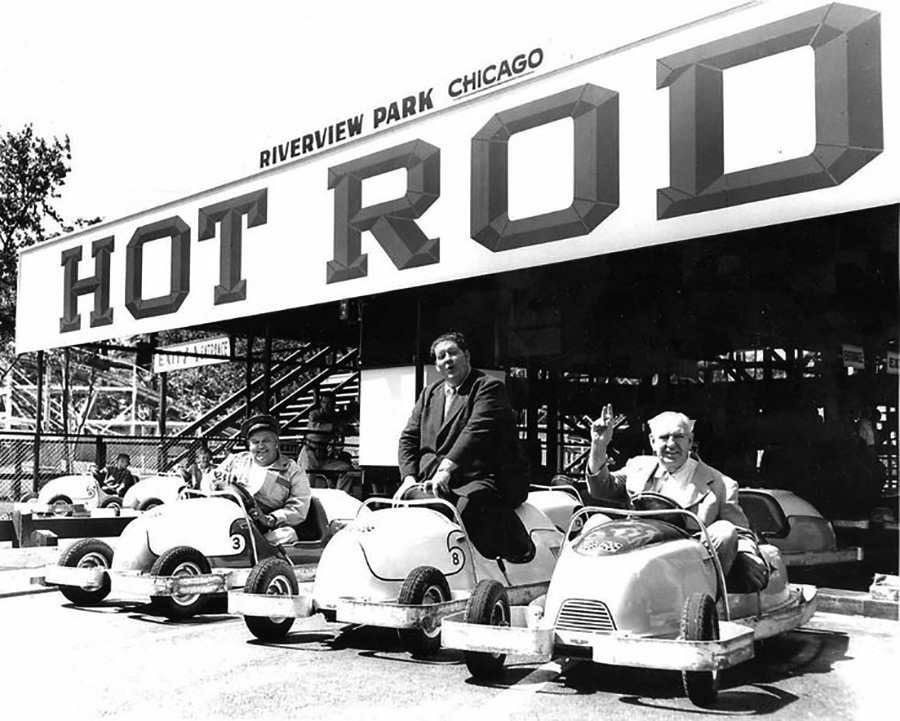 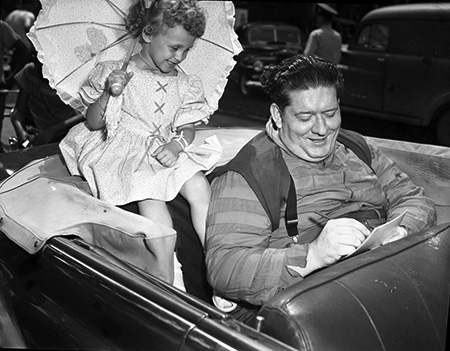 An out-of-towner could be forgiven for thinking that someone with a handle like "Two Ton Baker" would have been a particularly ferocious lineman for the Chicago Bears. In reality, Dick Baker was one of the jolliest music makers on the Chicago scene and a constant presence on WGN radio and TV.

Dick Baker was a giant of a man, born in Chicago, 1916, and growing to 6'2" and 350 pounds. He was "Little Dick" when he got his start making music, "banging away" at the piano alongside his mother who played semi-professionally at fraternal gatherings like the Knights of Columbus and Eagles Clubs and at church. Dick became proficient enough at the piano to accompany his mother to some of her gigs and by the time he entered high school he was occasionally cutting class to go on the road with various dance bands. He was just twenty when he met and married Ruth Fisher (the couple remained together for the rest of his life). The couple enjoyed a fun life on the road for the next couple of years, but when Ruth was "in a family way" Baker decided it was time to settle down and found work doing a two-hour Sunday morning spot on WJJD called "Sunday Morning Party". The program had a disc jockey format, but Baker's sense of fun sold it. Another WJJD personality, Irving Wagner, gave him the nickname Two Ton "to add a little zip," but the zip really came when Baker added "the music maker". 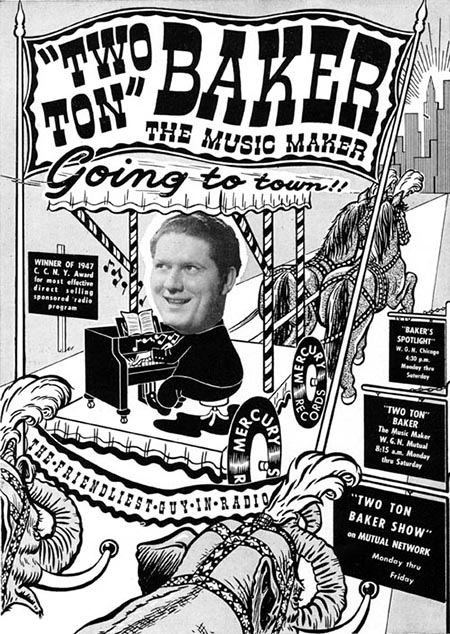 Baker was still on the local club circuit while at WJJD. His career flourished when he moved to WGN, a major station and Mutual network affiliate owned by the Chicago Tribune ("World's Greatest Newspaper"). Baker soon hosted a daily morning show, a fifteen-minute nationwide network broadcast in mid afternoons, a late afternoon local piece called "Baker's Spotlight", a three-show per week program sponsored by Sealy Mattress, and became a regular player on The Chicago Theater of the Air. His buoyant attitude and the novelty songs he loved to cover helped to make him a household name thanks to his 15-minute Two Ton Baker, the Music Maker program on Mutual.

Two Ton became interested in children's song as his own kids, Richard Jr. (b. 1939, affectionately nicknamed "Jughead" by his father) and Deborah (b. 1946) began to take an interest in his music. "The Soup Song," "I Like Stinky Cheese," "I’m a Lonely Little Petunia (in an Onion Patch)," and "One Meat Ball" all became Two Ton staples, and when WGN-TV began broadcasting in 1948, it was obvious they had an in-house kiddie-show host. In fact, Baker was the first person to appear on WGN-TV. The first official broadcast was a two-hour variety program on April 4, 1948, featuring local and national celebrities (including Baker), but there had been a test broadcast the previous evening feature Two Ton.

His first TV show was Wonder House in 1948 which featured a puppet side-kick named "Half Ton", Monday through Friday evenings. His biggest success was The Happy Pirates from 1952-1956 which was set on a barely seaworthy pirate ship which was almost permanently docked for repairs. Two Ton remained a popular figure on the Chicago Jazz scene and was a frequent second-billing at the Blue Note Club. Dick Baker passed away at his home on May 4, 1975, just two days after turning 59.