A classic from radio days featuring the sarcastic daydreamer Richard E Wilk as he tries to find jobs and girls.

Choose your CD format
or order disks individually: Add to Cart Add to wishlist
Play a sample episode from November 21, 1953: 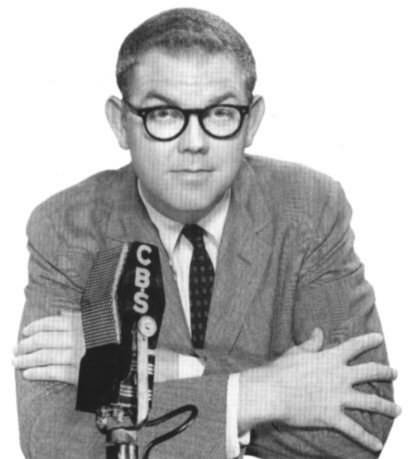 "Has anyone seen cousin Rich"? That line, repeated by domino effect into the distance by family of the daydreamer Richard E Wilt, is soon a hit on the first episode of "That's Rich". Stan Freberg brought a voice, and enthusiasm, to Richard Wilk that other voices would have been hard to match. Wait, did some say "enthusiasm"? More like intellect and low-cased energy, matched with a sly sarcasm that was not missed by those that loved him, and others that, simply, shrugged and went on their way. Rich bemused the radio audience with a satirical dream oratory before the storyline began. This program aired from 1953-54.

In the audition program the audience is introduced to the "want not" character that eventually claimed the nation's heart and humor. Richard Wilk was "nesting"...er residing... in the home of his cousin, Hazel Crump, and her family. Hazels cousin, Howard, becomes irritated with the slumming relative that has been living with them for four months. When a bird-loving fan of Rich's makes a call upon his residence, Howard becomes suspicious of the validity to Rich's so-called employment. Howard and Rich get into an interesting conversation on birds, paper products and Howard's developing migraine. (No one hears about the headache, it just seems to become apparent as Howard seems to internally sigh over Rich's lost logic.) Rich has bantering down to a fine art that seems to simply be a part of him, just like breathing is to us. In this episode Rich meets his girlfriend Freckles. Where Rich has intriguing intellect mixed with semantical repartee; Freckles makes one picture a blond lost in space. (Apologies to any blondes.)

In this episode titled Lifeguard, Rich is with a friend, Hugh McHugh, heading down to a movie studio. Rich has a dream of becoming a famous movie star. Just as with many of his other friends, Rich tends to politely sponge off of their good nature by means of his affable personality. In this episode Rich has obtained a suit to impress the studio executives. However, it soon becomes apparent that the suit is an umpire's suit and Rich finds the proof in the pockets...whisk broom for one thing. When they arrive he finds himself being mistaken for a part in a movie about baseball. In the progress Rich gets a job as a lifeguard. There is only one small hitch. Rich and water have never come to terms...meaning he cannot swim. To makes matters worse, the mother of his new girlfriend, Susie, mentions to Rich that his first day on the job of a swanky country club is the day of a major benefit. But, you get the idea. This becomes another escapade in the life of docile, but quirky character.

"That's Rich" may have been short-lived, but it never faltered in consistent overplay and airwave dimensions. Homes around the country emanated a penchant for the program that was missed when the program finally ended. "That's Rich" is a classic for the days of old time radio.