American playwright and author of many classics, after a hard childhood and young adulthood he followed his dreams to become a writer.

Choose your CD format
or order disks individually: Add to Cart Add to wishlist
Play a sample episode from September 16, 1951: 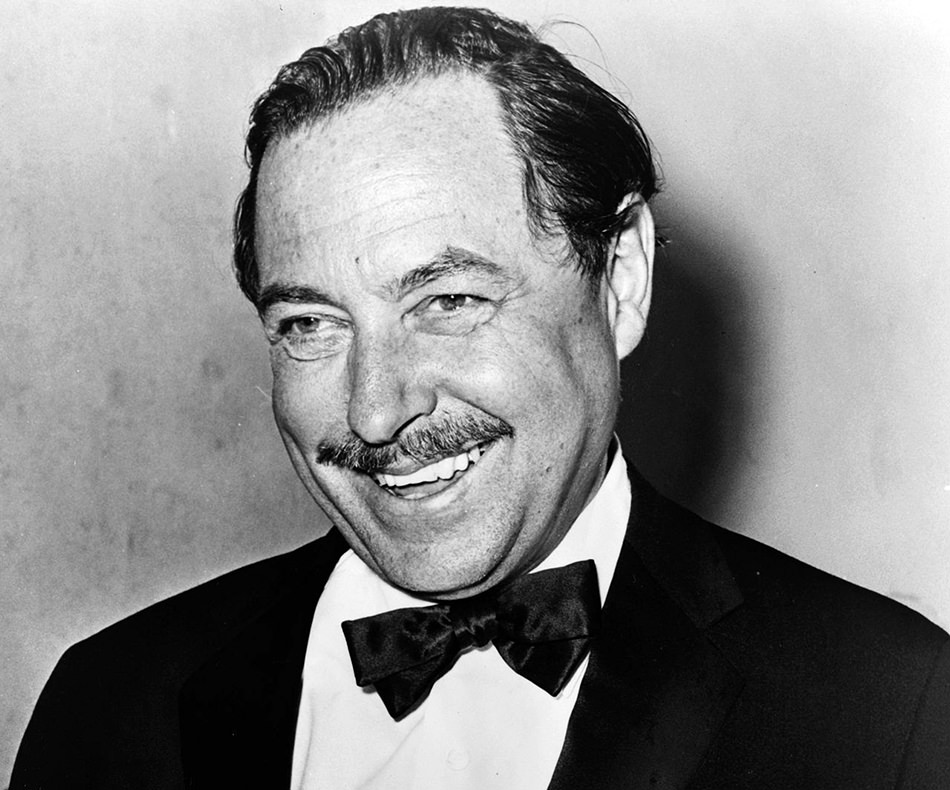 When the University of Texas displayed an exhibit in 2011 to commemorate the centenary of the great playwright’s birth, it was entitled "Becoming Tennessee Williams". Many of the women in Williams' play have been compared to fragile flowers, which despite their delicacy bloom in harsh conditions yet wilt at the slightest obstacle. Much the same can be said of Tennessee Williams' life. 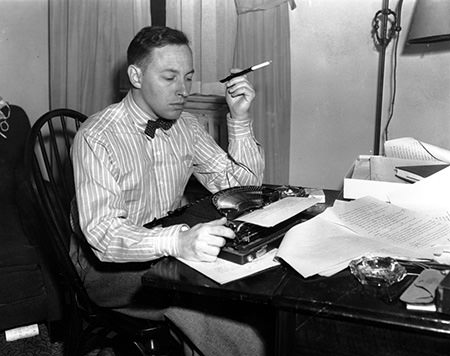 Thomas Lanier Williams III was the second child of Edwina and C.C. Williams, born in Columbus, Mississippi. Edwina was considered a "Southern Belle" and C.C. was a hard drinking shoe salesman who spent a good deal of time on the road.

A bout of diphtheria restricted the young boy to the house for more than a year while growing up, and he was never a robust youth. C.C. was the hardy descendent of Tennessee pioneer stock, and disdained his son's lack of masculinity. Edwina, stuck in an unhappy marriage, doted on her frail son and apparently spent a good deal of time with him at her father's Episcopal rectory in nearby Clarksdale, Mississippi.

When C.C. got a promotion to the home office of the International Shoe Company, the family moved to St. Louis. Because of C.C.'s often turbulent behavior, the family was forced to relocate several times. Williams won his first award for writing at 16 for an essay contest, and his short story "The Vengeance of Nitocris" was published in Weird Tales in August, 1928. The same year, he visited Europe with his grandfather.

Williams attended the University of Missouri, but found his classes boring and his fraternity brothers felt he did not fit in. "Shy and socially backward", he spent most of his time with his typewriter. His father pulled him out of school during his junior year and put him to work at the shoe factory. He hated the monotony of the work, and was inspired to put even more effort into his writing. 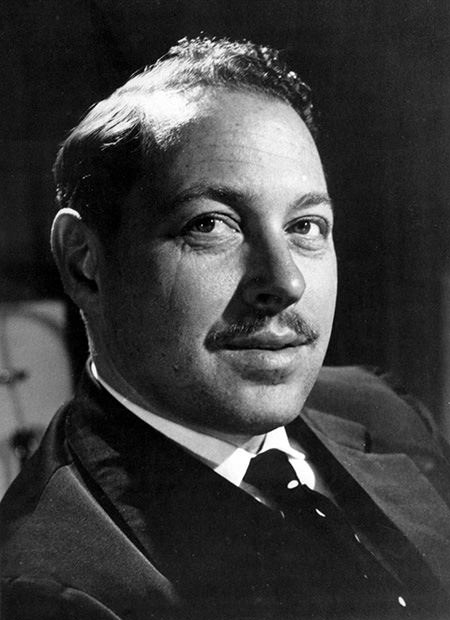 By the mid-1930's, Edwina finally left C.C. because of his drinking and abusive behavior. Williams left the shoe factory after a nervous breakdown, and eventually returned to school. He worked with an amateur theater group in Memphis and studied at the Dramatic Workshop of the New School in New York. He wrote: "The laughter ... enchanted me. Then and there the theatre and I found each other for better and for worse. I know it's the only thing that saved my life". Around 1939 he adopted the professional name of Tennessee, but no one is really sure if it was a reaction to the teasing of his fraternity brothers over his Southern drawl of "a desire to climb that family tree".

Tennessee Williams gained national attention with his "memory play", The Glass Menagerie. The characters were based on his own life. Williams been very close to his sister Rose, who was diagnosed with schizophrenia and suffered a botched lobotomy attempt. A part of the royalties from many of Williams' plays would be dedicated to Rose's care.

As well as Menagerie had been received, it was his next play, A Streetcar Named Desire, which established Tennessee Williams as a great American playwright. Although his reputation and wealth were both growing, Williams was gripped by insecurities that he would not be able to live up to his past success, and that he would fall victim to the insanity which seemed to run in his family.

Seven of his plays were on Broadway between 1948 and 1959, and both Menagerie and Streetcar were made into films in the early Fifties. As successful as the Forties and Fifties were for Williams, he began to spiral downward during the Sixties and Seventies. Audiences were not appreciative of his new style of writing, and his personal relationships deteriorated. He became dependent upon prescription drugs (a combination of amphetamines and barbiturates prescribed by Dr. Max Jacobson, "Dr. Feelgood").

In 1983, Tennessee Williams was found dead in his suite in New York at the age of 71. The coroner's reports stated that he had choked on the cap from a bottle of eye drops, but there is wide speculation that drugs contributed to his demise. Despite Williams’ expressed desire to be buried at sea, he is interred at the Calvary Cemetery in St. Louis, Missouri.