Although he did not begin working in Hollywood until he was 62, Sidney Greenstreet's contributions to classic film and Old Time Radio make him one of the most well-regarded (and largest) of Hollywood Stars.

Choose your CD format
or order disks individually: Add to Cart Add to wishlist
Play a sample episode from April 01, 1946: 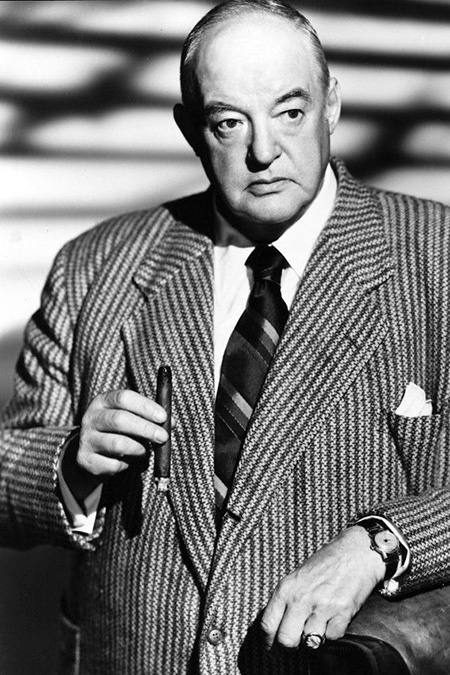 Hollywood Stardom is usually a young person's game. After all, beauty is an important element of Stardom, and youth and beauty tend to go together. There have always been good parts for older actors, but, more often than not, these parts usually go to established players who were Stars in their beauteous youth and are respected in the twilight of their careers. A great character role has its own form of beauty, especially when the character is expertly and beautifully played, no matter the age of the actor.

Sydney Greenstreet did not even begin working in film until he was sixty-two, and at nearly 300 pounds, he hardly fit Hollywood's classic definition of beauty. However, from his first screen appearance, Greenstreet absolutely stole the scenes he was in. His pairings with Humphrey Bogart and Peter Lorre are iconic in classic film. After he left the movies, Greenstreet went on to work in radio, creating one of the best-remembered roles in Hard or Soft Boiled Detective programs, Nero Wolfe.

Born just after Christmas in Sandwich, Kent, 1879, Greenstreet was one of seven children born to a leather tanner. At the age of eighteen, during the height of Victorian England, Sydney decided to travel to Ceylon to seek his fortune as a tea planter. Unfortunately, a period of drought in South Asia ruined him financially and he was forced to return to England. He found employment in the relatively easy position of managing a brewery, and as an outlet for his boredom, he began taking acting lessons.

His stage debut came in 1902 when he played the murderer in a Sherlock Holmes story presented at the Marina Theatre in Ramsgate. By 1905, after touring England with Ben Greet's Shakespearean Company, Sydney crossed the pond to make his American debut and appeared with Margaret Anglin in a 1906 production of As You Like It at Broadway's Hudson Theatre. He continued to work on the stage both in America and Great Britain.

Director John Huston attended the Los Angeles presentation of There Shall Be No Night in which Greenstreet was part of the touring company. Huston approached Greenstreet about appearing in his upcoming production of Dashiell Hammett's The Maltese Falcon (1941), which would set the tone for the lovably despicable heavies he would play for the next eight years. Greenstreet's Kaspar Gutman, "the Fat Man", takes positive delight in confusing Humphrey Bogart's character, upstaging Peter Lorre, and showing an almost giddy love of life while committing unspeakable dastardly deeds. 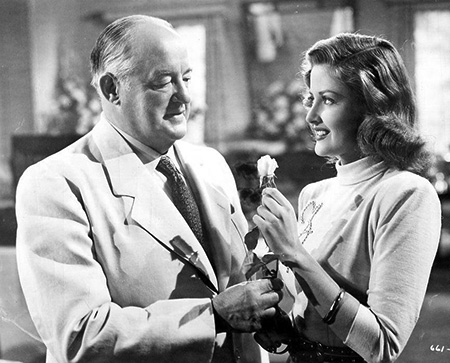 Greenstreet would next support Bogart in Across the Pacific (1942). One of the highlights of the film has a sophisticated Greenstreet needling a drunken Bogie into revealing his history with an endless supply of booze (no classic Bogart film is complete without Bogie pouring his heart out while in his cups). The film was an obvious attempt by the studio to recapture the box office magic of The Maltese Falcon, featuring Bogie, Greenstreet, Peter Lorre and director Huston.

Across the Pacific failed to measure up to The Maltese Falcon, but it was a fairly decent action-thriller set against the background of the early years of the Pacific War. Greenstreet would next appear in what has come to be considered one of the greatest films ever made, Casablanca (1942). The film, which was considered almost a B-Grade picture during pre-production, is filled with rich and compelling characters, so much so that Greenstreet's "Signor Ferrari" did not make it into any of the radio adaptations of the film. In the original picture, Ferrari is a competitor to Bogie's "Rick Blaine". Ferrari may or may not have been a "bad guy", he was definitely a "heavy" who contributes to our appreciation of the other characters, the very definition of a supporting player.

In his last film, Malaya (1949), Greenstreet took third billing behind Spencer Tracy and James Stewart. He left the film industry because of health issues, suffering from diabetes and a kidney disorder. However, even in his weakened condition, he was able to create a compelling character, and he was picked up to star in NBC radio's The New Adventures of Nero Wolfe for the 1950-51 season. Based loosely on the novels of Rex Stout, the character had been featured in two previous series. Even though New Adventures did not use Stout's stories, it was the author's favorite radio adaptation because, like the novels, the stories were more focused on characters than plot. Greenstreet's health limited his participation in some of the episodes, and the show had its finale after 26 episodes.

Sidney Greenstreet succumbed to complications related to diabetes and Bright's disease on January 18, 1954. He was 74.