Petite and pretty Susan Miller found limited success in movies but became a foil for Rudy Vallée in the early 1940s.

Choose your CD format
or order disks individually: Add to Cart Add to wishlist
Play a sample episode from June 04, 1941: 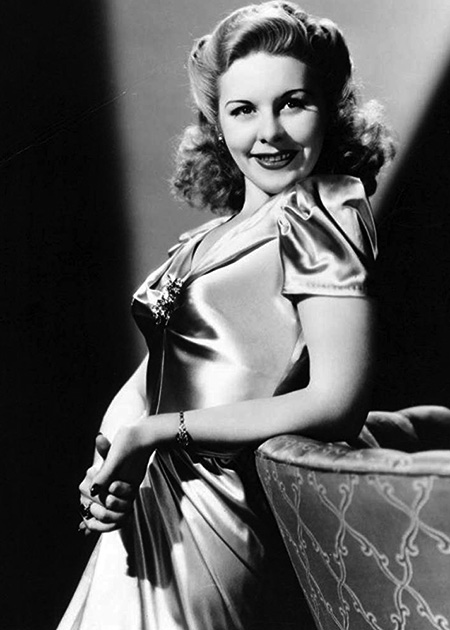 Many successful starlets during the Golden Age of Hollywood complained that they were never given parts that would challenge their talents, that they were stuck playing pretty girls instead of dramatic roles. 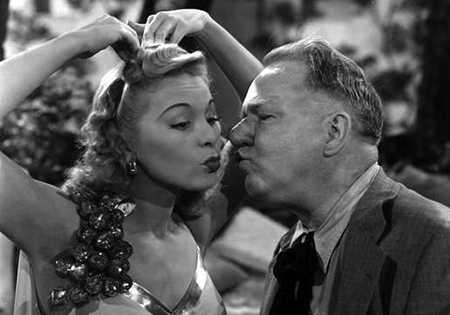 Susan Miller had a rather limited career playing pretty girls, but she made a big enough impression in W.C. Fields' Never Give a Sucker an Even Break (1941) that her autographed picture occasionally shows up on Amazon and eBay as movie memorabilia.

Born in 1920, Never Give a Sucker an Even Break was Susan's first credited film role, and the last time Fields starred in a feature film. At one point in the film, Fields jumps out of an airplane after his flask falls out the window. Naturally he is unhurt as he lands in the hilltop "nest" of wealthy Mrs. Hemoglobin (Margaret Dumont) and her beautiful but naïve daughter, Ouliotta Delight Hemoglobin (Susan Miller). Hilarity ensues when Fields decides to woo the wealthy but obnoxious widow.

Ms. Miller was only credited with two other film appearances, A Feller Who Plays in a Band (1941), and The Gay Nineties (1942). In both films, she was credited simply as "Singer", but her personality was enough to get her noticed by Rudy Vallée when he was recreating his NBC radio show as the Sealtest Program in the early Forties. By now, Vallée had plenty of competition in the variety program niche, a type of show he pioneered more than a decade earlier. In this version of the program, Vallée had as a foil the great John Barrymore, whose battles with alcohol and marital problems were fodder for the gag writers, and pretty Susan Miller as a sketch actress and occasional singer. Barrymore would collapse while recording a line from Romeo and Juliet for the program on May 19, 1942, and die of cirrhosis and kidney failure ten days later.

Susan Miller would continue in stage roles, and made her way back to radio on occasion.