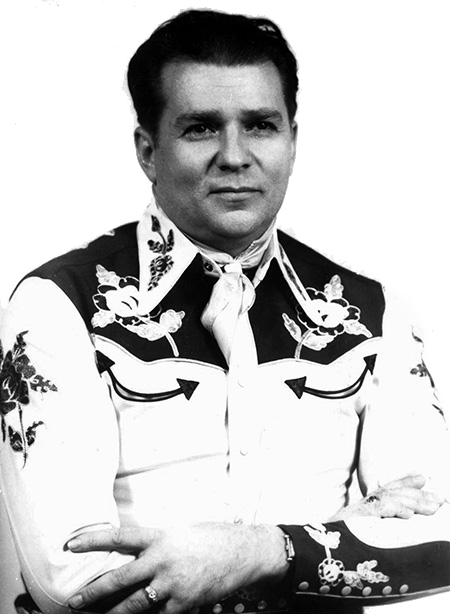 We don't know for sure how the Sunway Vitamin people made their vitamins, but we know how they sold them. They hired Buddy Starcher as a pitchman. Born Oby Edgar Starcher in Kentuck, Jackson County, West Virginia, 1906, he learned to play the banjo as a kid but soon picked up a guitar which was to become the instrument he mastered. In 1928, he became one of the very first hillbilly acts to get air-time in the Baltimore market. Billing himself as "The Boy from Down Home", Starcher toured extensively from the 1930s to the 1960s around West Virginia, Virginia, and Kentucky, but also drew crowds as far afield as Miami, Cleveland, Philadelphia, and Chicago.

He began cutting records in 1946, with hits like "The New Wildwood Flower", "The Battle of New Orleans", "Cryin'", and "I was Crying Then (but You are Crying Now)". From 1960 to 1966, he appeared on the small screen over ABC affiliate WCHS-TV, Charleston, and ran his own recording label, BES Records. In 1965, he released a spoken word recording of "History Repeats Itself" which he had written with his friend Minnie Pearl. The track looks at the similarities between the assassinations of Presidents Lincoln and Kennedy.

The Buddy Starcher – Sunway Vitamins Program was a syndicated 15-minute program featuring Buddy and his guitar. After a short musical intro, Buddy greets the audience and talks about the next song he is going to sing. After the long number, he makes a first pitch for the vitamins, encouraging listeners to call the company or order through the station, and promises one or two free gifts along with the order. Then more songs, another pitch, and another song.

We will not promise that vitamin pills will make you feel any better, but Buddy's music will help put some life in your step!