The Story Behind the Song

Created in 1930 by Transco, this old time radio series dramatizes the origin stories of popular music.

Choose your CD format
or order disks individually: Add to Cart Add to wishlist
Play a sample episode from June 01, 1930: 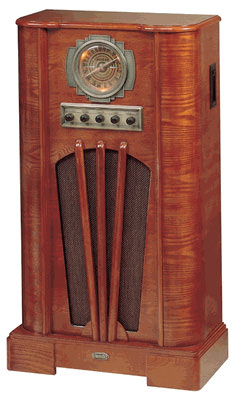 The Story Behind the Song,
Syndicated by the Transcription Company of America (Transco), 1930

And the performer needed songs. Many songs became favorites and even "Old Stand Bys" that the audience would be sure to enjoy. A syndicated newspaper weekly feature was The Story Behind the Song, presented by M. Whitmark and Sons, a prolific publisher of sheet music. The newspaper feature told the story of the composition of popular music pieces in a highly entertaining manner along with an illustration of the story.

In 1930, Transco took 39 of the popular stories and reformed them for the radio. The story would be illustrated in a dramatic fashion, and were well acted. The end of the program featured a choral presentation of the song. Songs featured in the series included "Hot Time in the Old Town Tonight", "The Star Spangled Banner", "The Girl I Left Behind Me", "La Marseillaise", "Rock of Ages" and many others.