So The Story Goes

Choose your CD format
or order disks individually: Add to Cart Add to wishlist
Play a sample episode from October 13, 1944:

"Strange but True Tales" have always been an important part of the mass media landscape because they can be so entertaining. Popular iterations include the Ripley’s Believe It Or Not franchise, Paul Harvey’s The Rest of the Story and John Nesbitt’s The Passing Parade. 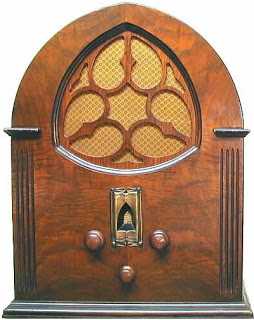 Although these features stake their reputation on the accuracy of their often outlandish claims, the public is usually willing to be incredibly forgiving of an occasional inaccuracy, as long as the presentation itself is sufficiently entertaining. That does not mean that the feature is not above having some fun poked at it.

The Passing Parade became an institution on Radio as well as short subject films attached to MGM motion pictures. Legend has it that the source of Nesbitt’s stories was a trunk filled with old newspaper clippings left by his father. Nesbitt’s distinct delivery was prime fodder for satire, however.

The syndicated program So The Story Goes was one satire that took advantage of Nesbitt’s style. In fact, modern reviewers have difficulty deciding whether the syndication was meant to be taken seriously or if it was simply a send up. The notion that it was a serious production is supported by these recently discovered episodes.

The satire camp, however, points out that the name of the host, John Niblick, could easily be making fun of Nesbitt’s moniker. They also point out that the supposed sponsors in the recordings, including Quickso Soap and Hyde Park Lager of St. Louis are companies which never existed. However, this theory ignores the fact that the productions are syndicated, and the commercial breaks are intended to be replaced by local advertising. In many syndications, musical interludes are supplied for the local announcer to talk over, but it would not be hard to simply silence the turntable during the fake commercial spot so the local announcer could make their pitch.

The stories on Niblick’s So The Story Goes are fairly typical of the genre, and if they are not completely accurate, they are at least a well done telling of widely accepted urban legends.