Roland Young worked on several broadcasts promoting his films, notably on Lux Radio Theater and MGM’s Good News series and was part of the company for The Dinah Shore Program during the 1943-44 season.

Choose your CD format
or order disks individually: Add to Cart Add to wishlist
Play a sample episode from March 23, 1944: 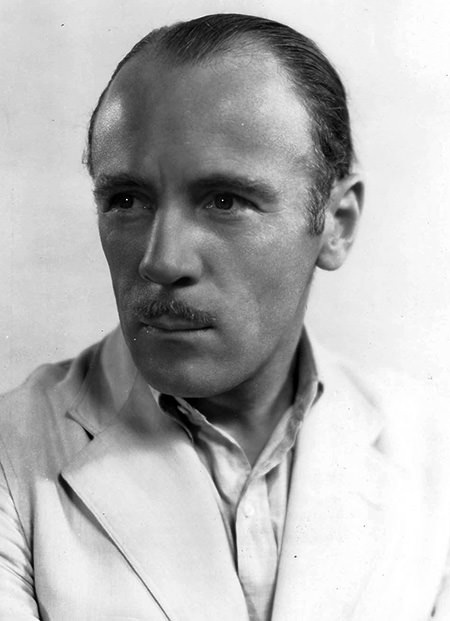 Somewhere in the mythical world of Central Casting, there is a desk where they specialize in the Standard Brit. The Standard Brit is not a swinging playboy with ties to the "Landed Gentry". These are the Brits who play cold war spies, school headmasters, commando officers, or suave jewel thieves. Nor is the Standard Brit a working-class Cockney, wise to the ways of the streets and constantly working a scam to separate a "toff’ from the shillings in his pockets.

The Standard Brit lives in a world between these two. He leaves his flat in the morning after wiping the crumbs of marmalade and toast from his mouth and kissing his wife goodbye with morning tea still on his breath. He buys a newspaper on the way to the office, attends to his menial duties, may stop at the pub for a pint and some darts on the way home, and spends the evening tuned into the British Broadcasting. The Standard Brit sounds like a rather boring fellow, but to American audiences, he is the backbone of the British Empire.

The prototypical Standard Brit was Cosmo Topper, a rather stuffy bank president whose life is turned upside down by a pair of fun-loving ghosts played by Cary Grant and Constance Bennett. Although he has the title role in Topper (1937), Cosmo is only a supporting character, but he was played so well by Roland Young to earn an Oscar nomination.

Roland Young was born a Standard Brit in London, 1887. His father was an architect, and Roland was expected to follow in his father’s business until he was accepted to the Royal Academy of Dramatic Art. He began working in London’s West End theaters in 1908. In 1912, he came to New York with the play Hindle Wakes and chose to stay in America. He became a US citizen in 1918 and joined the Army during WWI. He made his film debut in John Barrymore’s silent version of Sherlock Holmes (1922) as Dr. Watson.

Young signed a contract with MGM and made his talkie debut in The Unholy Night (1929) directed by Lionel Barrymore. He played a number of supporting roles as he completed his contract, then he became a freelance player. He still played mostly supporting parts in films, but as a freelancer it was easier to break away and appear on Broadway. 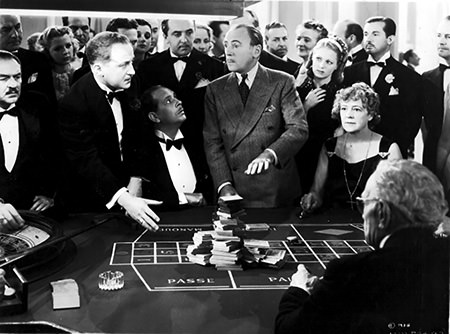 There were plenty of Radio Row actors who could play "standard Brit" roles, but Young still put together an impressive radio resume. He worked on several broadcasts promoting his films, notably on Lux Radio Theater and MGM’s Good News series. He was part of the company for The Dinah Shore Program during the 1943-44 season. In 1945, he brought his most famous character to the radio in The Adventures of Topper as a summer replacement for The Dinah Shore Program.

Young’s movie career began to slow at the end of the forties, and he played in a few episodic TV show. He was not asked to reprise his role when CBS brought The Adventures of Topper to the small screen in 1953, the year he died of natural causes at the age of 65 in New York City.