Paramount is on the Air

Hollywood studios used the radio to advertise upcoming films featuring songs and scenes from the films without giving away the plot.

Choose your CD format
or order disks individually: Add to Cart Add to wishlist
Play a sample episode from July 16, 1945:

"Bring on the Girls" 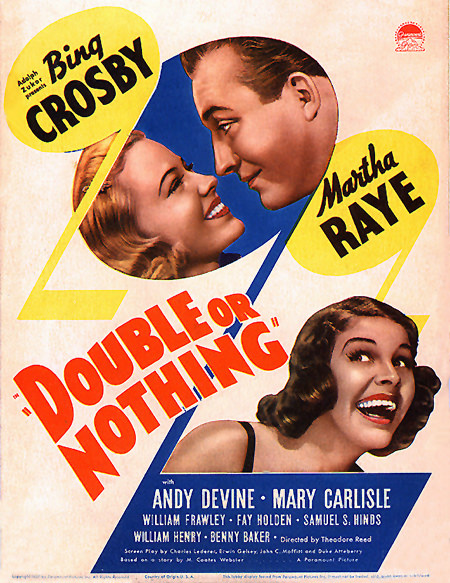 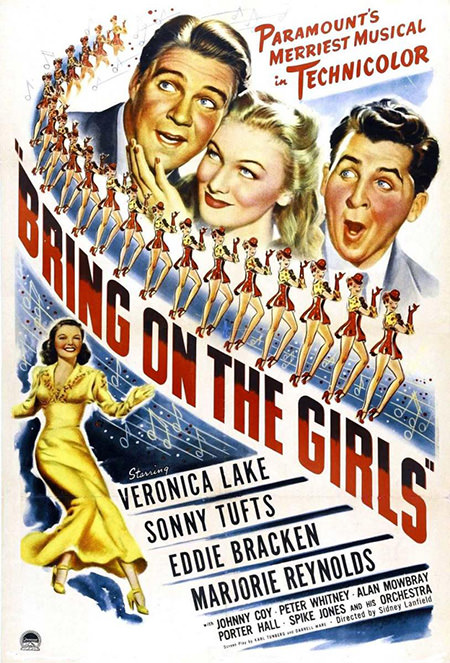 Before Old Time Radio was "Old Time", the networks and the big Hollywood studios got along like peas and carrots. "Talking Pictures" were still a somewhat new technology as radio entered its Golden Age, and the people that listeners wanted to hear talk were movie stars.

Adolph Zukor of Paramount was a driving force in the Hollywood "Star System", and Paramount was never afraid to put movie stars on the radio (or radio stars in the movies!) While you could argue whether the talking or the picture was the most important element of a talking picture, the simple fact is that fans might scrape together the money to go to their local movie palace every other week or so, but radios were playing all the time. When movie night came around, you can bet that Zukor wanted them to want to see a Paramount Picture!

Paramount began producing weekly "electronically transcribed" movie previews for broadcast on radio as early as The Big Broadcast of 1932. Since the film was about radio and starred radio stars like Bing Crosby, George Burns and Gracie Allen, pushing it on the Radio was a natural. The same was true when Jack Benny joined the series for The Big Broadcast of 1937. Jack is also featured in Artists and Models.

The previews feature songs and scenes from the films, but with a 15 minute format they did not "give away" as much as the movie anthology programs like Lux Radio Theater or Academy Award Theater, but they did give listeners enough of a taste to bring them into the movie house.