Choose your CD format
or order disks individually: Add to Cart Add to wishlist
Play a sample episode from September 12, 1956: Boxing, The Sweet Science. Boxing is one of the oldest sports, as well as one of the earliest professional sports. In the earliest days of professional boxing, the sport was a savage and brutal exhibition, with few rules and lots of blood. The matches held in private clubs and there was a great deal of betting on the outcomes. Thus, the sport of boxing developed a stigma that it was still overcoming in the 40's and 50's. 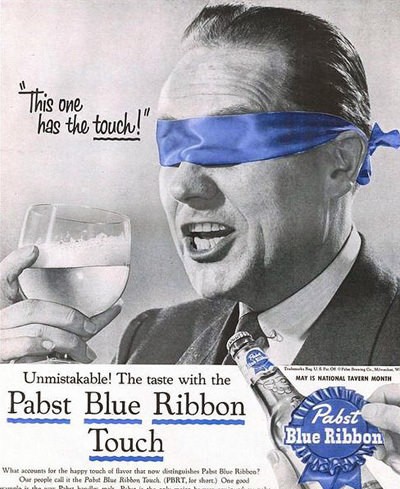 It was corporate sponsorship of the bouts that helped to legitimize professional boxing. The Gillette Razor company was one of the first marketers to recognize the profitable link between sports and products geared towards men. Gillette became the sole sponsor of the World Series broadcasts in 1939, and in 1942 began broadcasting The Gillette Cavalcade of Sports, featuring regular Friday Night Fights from Madison Square Garden.

The Pabst Blue Ribbon Bouts were Wednesday night fights from 1948 through 1955. The show was on all three major radio networks over the years and was a popular part of the television lineup. The fights broadcasts originated from several arenas around the country and featured a number of title bouts.

The program begins with a call for the listener to get comfortable, and be sure he has plenty of snacks like popcorn or pretzels handy. And of course, plenty of cold beer! After introducing the evening's fighters, the colorman and the blow-by-blow announcer give a quick prefight analysis. Between rounds, in addition to the obligatory plug for Pabst Blue Ribbon Beer and other products, there are interviews with boxers and boxing officials who are in the crowd.

The Blue Ribbon Bouts lack the glitz and polish of a Pay Per View fight in cable TV Seeing the contest through the eyes of the blow-by-blow announcer is a lot of fun and takes the listener back to the days when the fight game was a grittier, more visceral experience.

Pabst Blue Ribbon Beer is an American Style Lager originally brewed in Milwaukee. The Chicago Columbian Exhibition in 1893 awarded the brew as "Best American Beer", prompting the brewery to tie a blue ribbon around the neck of their bottles. Pabst was one of the first brewers to have a coast to coast network of breweries. This American classic received a Gold Medal at the 2006 Great American Beer Festival.

Note this collection included in the larger Boxers, Champions, and Prizefighters Collection.