Although he was a popular Swing Bandleader, Opie Cates would not wander far from his farm boy roots. 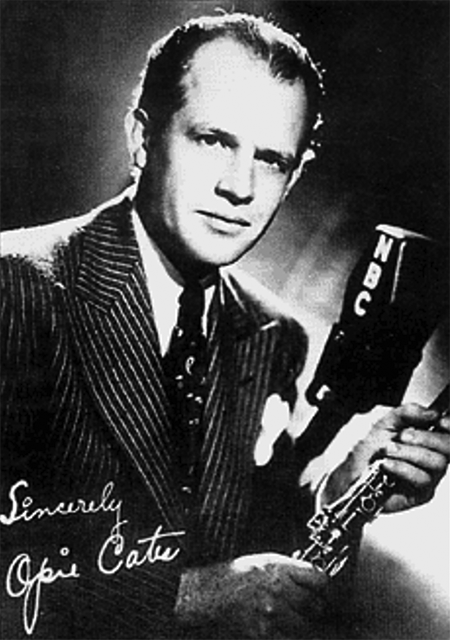 Big Band Leader would seem an urbane as well as an urban job description. The traditions of Swing grew from the Great Migration of musicians from New Orleans to Chicago as well as the Harlem Renaissance. Several important Band Leaders came from Eastern European immigrant descent, many of whom grew up on inner-city streets. However, a not-insignificant number of Jazzmen came from Mid-Western, even rural backgrounds. For example, the great Glenn Miller was an Iowa native who paid for his first trombone with money earned by milking cows.

Most of these Jazz Farm boys apparently saw Swing as a way to escape the rigors of farm life. Who would not embrace the glamor of the big city music scene if it meant giving up a manure shovel? If you wanted a music career combined with farm life, there was greater acceptance in Country Music, after all. Then we have the great Opie Cates whose music was as sophisticated as any in the Swing genre but also capitalized on his "Aw, Shucks" folksy-ness throughout his career.

Born Opal Taft Cates in Van Buren County, Arkansas, in 1909, both parents came from farming stock. His father, Abb Cates passed away in 1914, and Opie's mother, Sarah Cates remarried Andrew Reaves who brought several step-siblings to the family. The Reaves clan moved to southern Missouri where Opie attended Joplin High School. He joined the Boys' Glee Club and played clarinet in the school band. After graduating, Cates enrolled at the University of Missouri where he continued to pursue his musical interests. By 1931, he was leading his own band and playing on the radio.

The group began touring the country, and other outfits became interested in hiring Opie's talents. It was a completely separate talent that caught the eye of North Carolina native Kay Stein, whom Opie met in Cleveland. The couple married in 1932 and would have five kids. Two years later, Ben Pollack, "the Father of Swing" hired Opie to play clarinet and alto sax. Other members of Pollack's Orchestra included Glenn Miller on trombone and Harry James on trumpet. 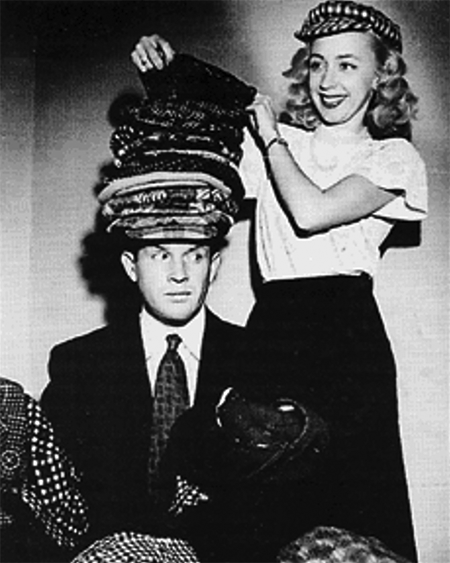 When CBS and Colgate needed a summer replacement program for The Al Jolson Show in 1943, The Judy Canova Show was developed, with Opie as the show's musical director. Audiences got a big kick out of his Arkansas drawl when he would introduce the band's numbers, and he would occasionally appear as part of the show's comedy. When Meet Me at Parky's spun off in 1945, Cates filled a similar role. While working on Parky's, Opie was befriended by actor and future TV producer Sheldon Leonard.

The Opie Cates Show was an ABC Radio sitcom that ran from 1947-48. Despite the show's charm, which featured Opie opening each episode with the claim, "The doggonedest thing happened to me th' other day", the program failed to find a sponsor and was canceled after three months. Cates went on to act as music director for Lum and Abner in 1949 and was featured in an unsold TV pilot for the show. He also did the music for Granby's Green Acres in 1950 before deciding to retire from show business.

Still well-liked in showbiz circles, Opie and his family moved to a large ranch in Oklahoma where he could indulge his passions for farming and raising livestock. When his friend, Sheldon Leonard was developing The Andy Griffith Show for CBS TV, he got in touch with his pal to get permission to use his name for Sheriff Taylor's son. As the real Opie's health began to fail, the "other Opie", Ron Howard was in constant contact with his character's namesake to check on his condition.

Kay Cates passed on in 1972. In his final years, Opie was often incapacitated by health issues. On November 6, 1987, Opie Cates died in Moffett, Oklahoma. He was 78.