Choose your CD format
or order disks individually: Add to Cart Add to wishlist
Play a sample episode from January 07, 1945: 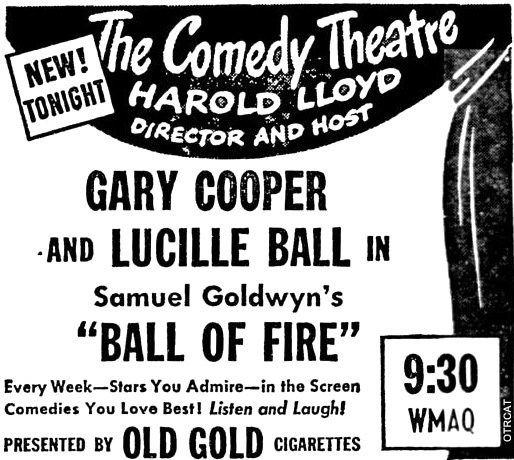 It seems strange, but movies and radio turned out to be a great match for each other. They really shouldn't been. Radio depends on sound and dialogue to deliver the story. Moving pictures depend on, well, pictures. In the end, the important part of both media is the stories and the skill with which they are presented. 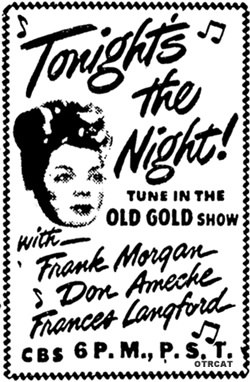 The Old Gold Comedy Theatre was an attempt to capitalize on a similar format. All of these programs benefited from the use of the movie stories. The name of the picture would have been familiar to listeners, and so attract audiences. Listeners also got to enjoy many more movies over the radio than they would have been able to see in their local movie palace, especially listeners for whom the movie palace was not all that local. The movie based shows were also an effective means of advertising the pictures themselves. 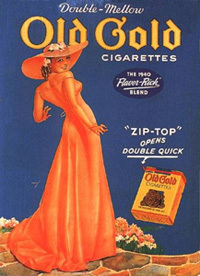 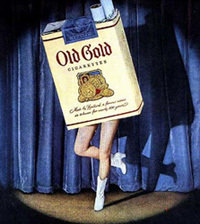 Advertising was the driving force behind commercial radio, and The Old Gold Comedy Theatre is an unabashed attempt by the Lorillard Tobacco Company to make their product seem attractive, fun, and refreshing. Comedy Theatre used a couple of different tactics to differentiate itself from the other movie anthology programs. Film pioneer Cecil B. DeMille hosted Lux Radio Theater. Comedy Theatre enlisted the services of silent film star Harold Lloyd. Lloyd's career can be compared to that of his contemporary, Charlie Chaplin. Although Chaplin's films were more commercially successful, Lloyd was more prolific, releasing 12 feature films during the 1920's to Chaplin's three.

DeMille's radio role was largely that of scholarly and dignified presenter, whereas Harold Lloyd became part of the action, participating in the "play within a play" commercials, as well as introducing the plays.

The biggest factor to set Old Gold Comedy Theatre apart from the other movie anthology shows was its concentration on Screwball Comedies. The screwball comedy became popular during the Great Depression with its fast pace, farcical situations, and romantic "Boy And Girl Fall In Love Against The Odds" themes.

The comic film adaptations were well written for the radio, but the half-hour format made it necessary to cut a significant amount of either the humor or the story from the final script. All too often, too much of each was lost. The other factor that hobbled Comedy Theatre was that Lloyd, who was a genius in silent films, had a fear of the live microphone. Although most critics agree he improved as the season progressed, the show only lasted one year.