Mission Village on the Air

Choose your CD format
or order disks individually: Add to Cart Add to wishlist
Play a sample episode from October 26, 1937:

The Los Angeles skyline is iconic. Even if you have never been to California, you will probably immediately recognize LA from movies and television. Hollywood, which is an important part of Los Angeles history and culture, still provides a good deal of the entertainment which is enjoyed by not just Americans, but the entire world. Measured by Gross Domestic Product (GDP), the LA Metro Area is the third largest city in the world. 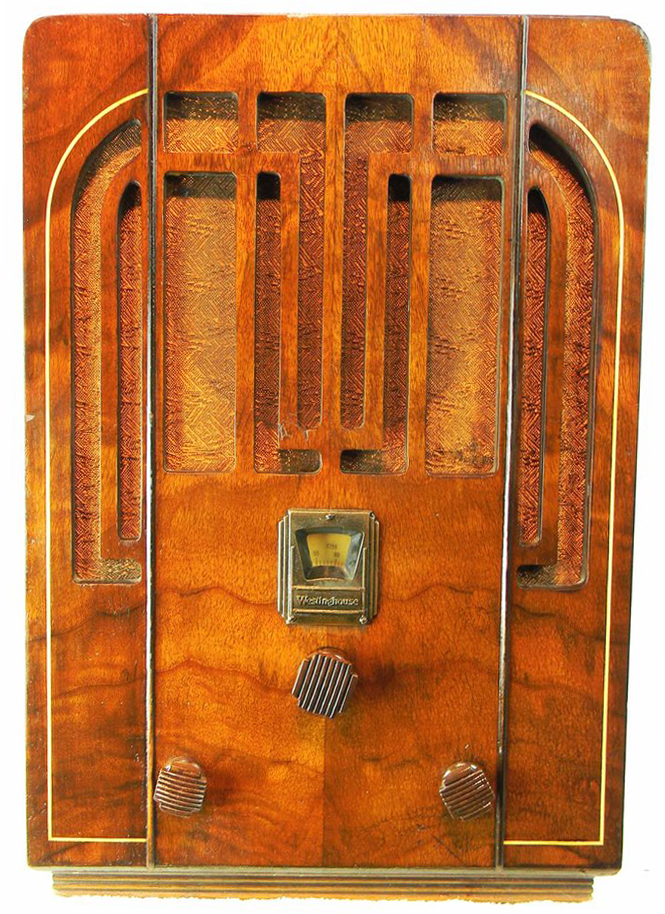 The growth of Los Angeles as an economic and cultural powerhouse was largely a result of the explosive expansion of the aerospace industry during WWII and the Cold War, as well as the growth of Long Beach Harbor with the increasing importance of trans-Pacific trade. In many ways, pre-War Los Angeles would be unrecognizable to a modern-day Angeleno, but the boom which would become the modern City of Angels was well underway.

In 1885, Los Angeles became the terminus of the Atchison, Topeka, and Santa Fe Railway system, connecting LA to /Chicago and the East. Oil was first discovered in the LA Basin in 1892 and was producing nearly a quarter of the world's petroleum supply by 1923. The Los Angeles Aqueduct opened in 1913, bringing water from the Owens Valley, and the Los Angeles boom was truly on. Broadway theater owners in New York who were investing in East Coast motion picture studios began to set up operations in Hollywood about the same time, further solidifying LA's reputation as a hub of opportunity.

One of the entrepreneurs who rode the Los Angeles Boom was Robert E. Callahan. Born in Virginia, 1892, Callahan claimed to have one-sixth Iroquois ancestry and became an enthusiast of all things having to do with Native North American peoples and the Western Frontier. He learned to speak fourteen Indian dialects and at the age of thirteen ran away to join Buffalo Bill's Wild West as a rick shooter (the show fired him when they discovered he had lied about his age. Eventually, Callahan made it out to Los Angeles and made enough money acting in silent films to move to Chicago where he got into advertising. He was successful enough that he was able to "retire" back to Los Angeles in the 1920s.

As a man of leisure in LA, Callahan wrote a book on marketing and produced radio programs for Warner Bros. He also began writing Western Stories for the LA Times Sunday magazine section, as well as a number of Western and Indian themed novels, including The Lone Indian, which he claimed was the inspiration for The Lone Ranger. Callahan's most ambitious project would take place on land he bought in 1928 at 5675 West Washington Blvd. Alternately known as Ramona Village or Mission Village, the complex was intended to recreate the Old West for tourists to come and enjoy. 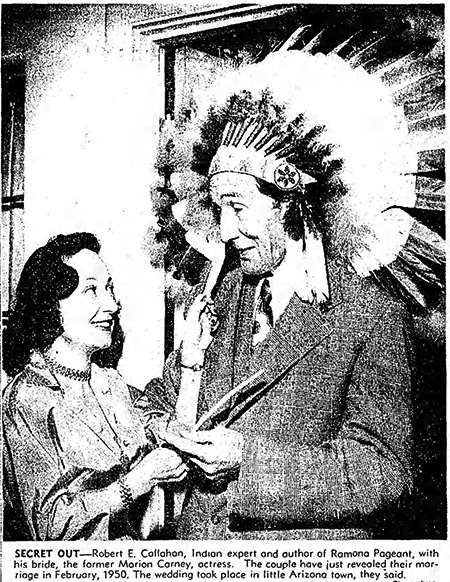 The firm of Meyer & Holler, the same architects who built Sid Grauman's Egyptian and Chinese Theatres, was hired to design structures for the site. These would include the Ramona Chapel, and adobe trading post, a Spanish café, a "typical" Indian village, authentic appearing canyons, a representation of Death Valley, and a decorative wall to surround the property. Plans had to be scaled back after the economic crash on Wall Street, but still included a Motor Court where guests could stay. In addition to typical rooms and cabins, the Motor Court included several cement faux Teepees for guest rooms (authentic canvas teepees were provided as dormitories for students attending school in the Indian Village). The centerpiece of the Mission Village was the Indian Theatre where various pageants and productions could be staged.

During 1937, KMTR began recording shows from the Indian Theatre, presumably for later syndicated broadcast. The shows were pressed on sixteen-inch transcription disks, and the sound quality is sometimes low at the beginning of the program but becomes easier to listen to the further we go. The Mission Village on the Air broadcasts complimented the programs like Indian Trails and The Lone Indian which Callahan was producing at about the same time for Warner Bros on KFWB. While the Warner's programs were chiefly vehicles to show greater depth of Native American culture than shown in matinee Westerns, Mission Village was more of a public service forum from a local businessman. Callahan often plugged upcoming performances at the Hollywood Bowl, and after the Neutrality Act was passed he welcomed Congressman John Dockweiler to speak about it.

Although the Mission Village Motor Court had become a Los Angeles landmark, it was doomed in the early Sixties when the Santa Monica Freeway (Interstate 10) between San Bernardino and the Santa Monica Pier was set to cross the property. Robert Callahan bought another property in Santa Clarita, California, where he built a new attraction he called "Indian-Frontier Village" which was better known as "Callahan's Old West". There was an abandoned gold mine on the site as well as a museum which housed Callahan's collection of 412 wagon wheels, 400 cowbells, and a single room containing more than 10,000 horseshoes. A theater on the site featured leather seats recovered from the San Francisco Opera House.

Robert Callahan passed on in January 1981 at the age of 88. His widow sold or donated many of the artifacts held at Callahan's Old West to several historical societies, and the site was featured in several Western TV shows and films.