A fun variety show in the vein of The Jack Benny Program, with a variety of themes and music all within a quarter hour.

Choose your CD format
or order disks individually: Add to Cart Add to wishlist
Play a sample episode from March 14, 1933:

"Horray for the Red White and Blue" 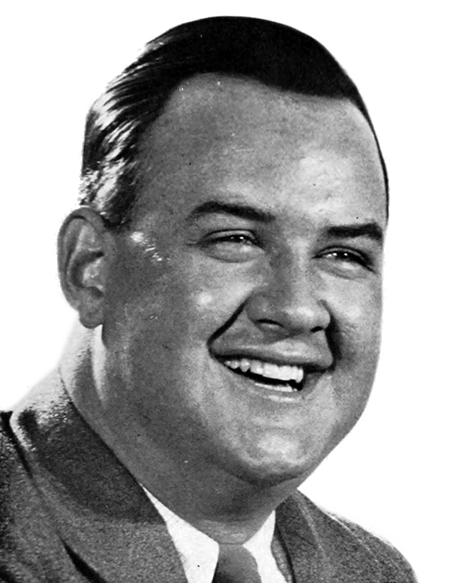 Everyone enjoys a parade. The excitement of the crowd as they await the Grand Marshal's appearance, the ornate floats, the scout troops marching by, the princesses on horses or waving from the back seat of a grand convertible, the big balloon characters, and the marching bands!

The music from the marching band is always fun to listen to, but for many the best part is watching the trim drum major leading the band with his ornate baton or mace, striding smartly in front of the band in his uniform.

The drum major for The Mirth Parade was Don Wilson, even though no one ever expected to see Don in a tight fitting uniform! The Mirth Parade was a quarter hour syndicated comedy program from Bruce Ells Productions. The show was recorded in 1933, a year before Don joined Jack Benny and his gang. Listening to Don as host on The Mirth Parade, we can be forgiven for expecting him to begin singing out: "Jay, Ee, El-El, Ohhh!"

The program begins with a typical musical interlude to allow for the local sponsor to add his message, then the announcer introduces Don and his theme for the evening, which range from Alarm Clocks to Traveling Salesmen, Bicycling, Women in Politics, Actors, Ice Cream, Firemen, Farmers, even Telephone Operators. Next Don does a sketch with "Tizzie Lish" played by Bill Comstock, "Asthma", a black-face character likely played by Bob Burns, or Italian dialect comedienne Minerva Eureka. This is followed by a musical number, usually from The Three Cheers, and another comedy sketch before the closing music and another message from the sponsor.

In a lot of ways, The Mirth Parade is all the fun of the classic Jack Benny Program compressed into a quarter hour. Of course, without Rochester, Mary, Phil Harris, Dennis, or Jack, but still a lot of fun for everyone!