Featured jazz bands from each of the British Services in turn, and here we present shows featuring the Royal Navy's contribution, the Blue Mariners.

Choose your CD format
or order disks individually: Add to Cart Add to wishlist
Play a sample episode from May 21, 1947:

"George Crow and His Blue Mariners"

The Royal Navy Patrol Service was a little-known yet vital branch of the RN during WWII. While career officers saw it as their duty to man the great ships of the line, minesweeping and patrol duty fell to much smaller craft, not a few of them converted fishing vessels. Using the argument that fishermen couldn't fish during wartime, these experienced mariners were called into service on RNPS vessels, supplemented by "hostilities only" reservists. 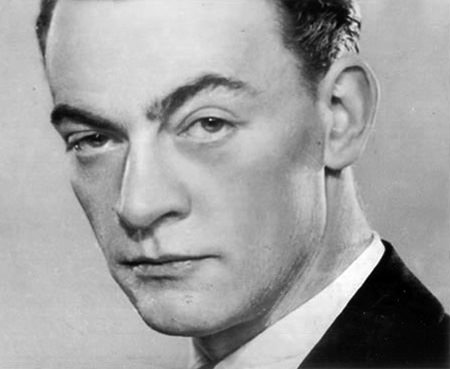 The regular Navy looked down on the RNPS, giving them the label "Harry Tate's Navy". Harry Tate had been a dance hall comic before the Great War whose act was based on his clumsiness and inability to handle mechanical devices. Part of his act was a car which fell to pieces as he drove. The men of the RNPS took the Harry Tate label on the chin and soon wore it with honor. The RNPS lost 250 ships during the War, the highest of any branch of the Royal Navy.

The RNPS was based at Lowestoft, the easternmost point of Great Britain. Before being appropriated by the Royal Navy, the Sparrow's Nest at Lowestoft was a popular entertainment center. The RNPS had an official dance band, the Blue Mariners, organized and led by George Crow.

One of the Blue Mariners was saxophone virtuoso, Freddy Gardner. Freddy, or "FG", joined the service as a diesel mechanic, but it was considered "for the good of the service" that FG be granted leave regularly to perform and record. Some of his recordings from this period survive as Freddie Gardner and His Mess Mates.

The British created a show called  which featured jazz bands from each of the three Services in turn, and here we present shows featuring the Royal Navy's contribution, the Blue Mariners. 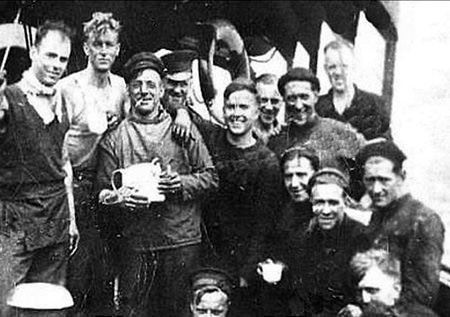