Lud Gluskin and His Orchestra

Lud Gluskin got his start in show business as a teen music group with his childhood pal, Jimmy Durante.

With the given name, Ludwig, a musical career for New York City native Lud Gluskin was probably in the cards from the beginning, but a few breaks along the way certainly helped, like being a schoolmate of a big-nosed kid named Jimmy Durante. Born in 1898, Gluskin's parents were from Russia and his father became a dentist in New York. 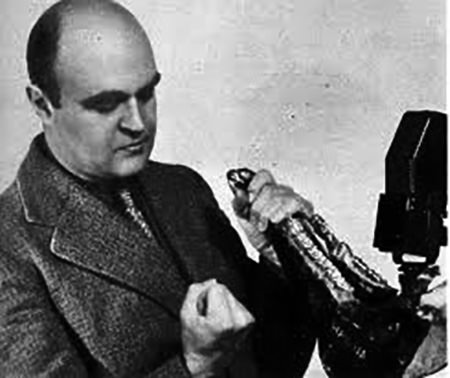 While attending DeWitt Clinton High School, Gluskin and Durante put together a piano and drums combo which was moderately popular at events around the neighborhood. In very short order, Jimmy's jokes and other antics overshadowed the music and Durante moved on to one of show business's most successful comic careers. Lud began drumming for Paul Whiteman's band. When the "King of Jazz" took his outfit for a European tour, Gluskin found it nearly impossible to leave Paris behind. He had settled into the artistic community when he met the Playboys, a Detroit jazz outfit which had been abandoned by its bandleader. Gluskin was offered the job and made hundreds of recordings with the Playboys in Paris and Berlin and toured extensively.

By the mid-Thirties, the political climate in Europe made it increasingly difficult for a Jew like Gluskin to find work, so he returned to New York. He was hired by CBS in 1935 and appointed the network's Director of Music in 1937. Among his accomplishments was directing the music for Orson Welles's infamous "War of the World's" broadcast in 1938. He was also noted as music director for My Friend Irma, The Adventures of Sam Spade, I Was There, The Phillip Morris Playhouse, and several other popular programs.

In 1948, Gluskin was assigned as music director for CBS-TV. He provided the music for The George Burns and Gracie Allen Show. Upon retirement, he settled in Pal, Springs. He passed away on October 13, 1989, just a couple months before his 91st birthday.