Classic music show presented by the national radio service featuring guest appearances by some of the biggest classical music performers of the era.

Choose your CD format
or order disks individually: Add to Cart Add to wishlist
Play a sample episode from March 20, 1948:

When the British Broadcasting Company Ltd formed in 1922, two important traditions were established. First, it was decided that to accept advertising would lower the standards of the service, in contrast to the commercial broadcasting being established in the United States. 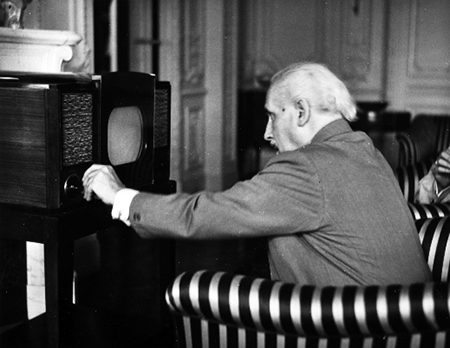 The second was the result of lobbying by Fleet Street. To prevent competition with newspapers, British Broadcasting was banned from transmitting news programs before seven o'clock in the evening.

Although the service would eventually receive a Royal Charter as the British Broadcasting Corporation, largely due to reporting during the 1926 newspaper strike, music and plays remained the heart of British broadcasts.

The variety of music presented by the national radio service was and is staggering, and British Broadcasting deserves great credit for extending the popularity of classical music on their side of the pond. London Studio Melodies was just one of many outlets for classical music on the service. In 1947 and 1948, Melodies featured music from The Masqueraders which highlighted piano solos by Wilfred Parry and harp solos from John Cockerill. Peter Yorke and his Concert Orchestra and Geraldo Aho are also featured.