Choose your CD format
or order disks individually: Add to Cart Add to wishlist
Play a sample episode from January 22, 1938: 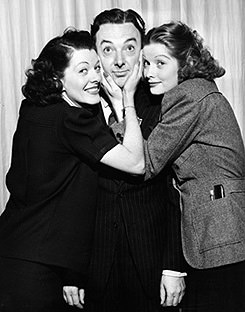 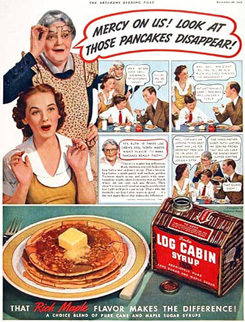 Similar to other variety shows of the 1930s, the show featured short jokes and skits with musical interludes of assorted styles. Warren Hull announced the show and Ted Fio Rito and His Orchestra performed. Wendy Barrie and Virginia Verrill also perform. The show was sponsored by Log Cabin Syrup.

Log Cabin Syrup was created in 1887 by grocer P.J. Towle from St. Paul, Minnesota. He named the syrup Towle Log Cabin Syrup after his childhood hero Abraham Lincoln who grew up in a log cabin. In 1927, General Foods bought the Towle Maple Syrup Company and in 1937 Log Cabin Jamboree was created.

Lighthearted banter between Jack Haley and Ted Fio Rito spiced up the show. The jokes often sound like:

Jack Haley was best known for his performance as the Tin Woodsman in the Wizard of Oz.

Log Cabin Jamboree was aired about two years before the creation of the Wizard of Oz, but highlights some of the charm and banter that made Jack Haley a memorable performer.