The Lives of Great Men

Most Radio programs expect the listener to simply absorb entertainment, but Dr. Edward Howard Briggs and his Lives of Great Men presents a chance to learn something, as well.

Educational Programming has long been seen as almost a charitable afterthought of the entertainment industry. There was an impression that the networks could afford to be altruistic in some of their programming decisions by airing educational offerings when it did not interfere with the commercial bottom line. "Classroom of the air" shows for play in conjunction with teachers' curriculum would be aired during the day when listenership was low and sponsor dollars short. "University of the Air" was a noble experiment which allowed older students to accrue college-level credits for listening to and discussing broadcasts of adaptations of great literature, however, the broadcasts would have been well after the prime-time hours. 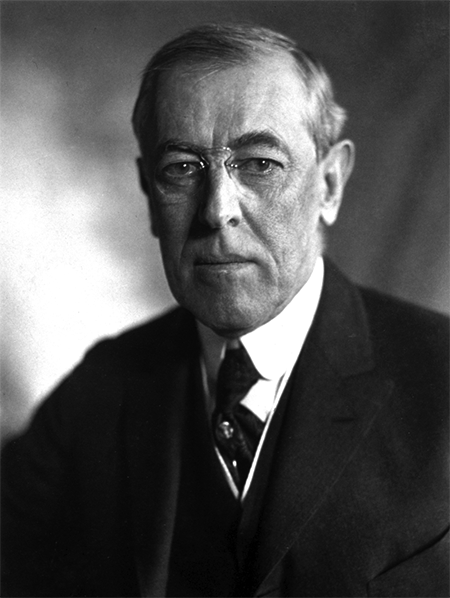 Prime-time was when the work day was done, the dinner dishes cleared away, and the family gathered around the glowing radio set to enjoy the comedies, varieties, and dramas which bring in so many sponsor dollars. Programming "in the public interest" was part of the mandate given commercial stations when they began to receive broadcast licenses from the federal government, but no one expected "public interest' to take priority over making a buck, at least, not very often.

Although educational programming was not a priority, the listening public still enjoys learning things. We see this in the cable TV age with the rise of networks like The Discovery Channel and The History Channel. DIY Videos and history snippets may even outnumber cute cat videos on YouTube. NBC's Lives of Great Men, featuring lecturer Edward Howard Griggs, fits neatly into the "education as entertainment" category.

The roots of "education as entertainment" include the Chautauqua Movement of the late 19th and early 20th centuries. Named for the New York town where the first Chautauqua was held, the movement began as a training course for Sunday School teachers in 1874. The Chautauqua Circuit included several traveling tent shows that featured music, some preaching, and educational lectures from learned men.

Honorary Dr. Edward Howard Briggs, born in Owatonna, Minnesota, 1868, received a Bachelor of Arts degree from Indiana University in 1887 (completing the four-year course in just two years) and achieved his Master of Arts three years later. He began prolifically publishing monographs on various aspects of the arts, human civilization, philosophy, and contemporary thinking, and he became a popular draw on the Chautauqua circuit. Vaudeville and Chautauqua began competing for audiences during the 1890s. As we have discussed previously, American vaudeville arose from the minstrelsy show tradition and featured more "low-brow" variety acts and crude humor, while the Sunday School origins of Chautauqua made for more wholesome entertainment. However, during the early decades of the 20th century, vaudeville house managers began insisting on more refined acts to attract family audiences while Chautauqua placed more emphasis on entertainment, thereby blurring the distinction between to two forms of traveling entertainment.

Briggs' lectures and monologues were a popular Chautauqua attraction, and some small-town high schools on the circuit made attendance to one of his lectures while he was in town a requirement for graduating senior classmen. In 1938, NBC had Dr. Briggs put together a series of quarter-hour lectures under the title The Lives of Great Men, focusing on "great leaders in human progress… a story of civilization based on outstanding characters through the ages". The subjects selected by Dr. Briggs extend from Greek and Roman thinkers to Renaissance and Enlightenment figures great influencers of American History. The relatively short time spent with each of these great thinkers would not allow for a great deal of biographical data about the person in question, rather Dr. Briggs seems to be using each of his selections to build a case for his own ministry and agenda.

Whether the listener agrees with Dr. Briggs' conclusions or not is less important than acknowledging the true entertainment value of the material presented, which is, in fact, there in abundance. The Lives of Great Men does require the listener to be open to learning something rather than simply receiving entertainment, but learning is often its own reward.