The Life O' Riley in Hollywood

Although this program from the early '30s has nothing to do with the popular sitcom starring William Bendix, it is great fun!

Choose your CD format
or order disks individually: Add to Cart Add to wishlist
Play a sample episode from October 16, 1931:

This series is unrelated to one of Old Time Radio's best-loved situation comedies was The Life of Riley starring William Bendix, who played a down-on-his-luck but eternally optimistic working guy with a loving family. Many people do not realize that the Chester Riley character was originally developed for Groucho Marx in a project titled "The Flotsam Family".  Unfortunately, Groucho's style of humor was not a good fit with scripted radio, but The Life of Riley was a hit from 1944 until 1951, and on TV from 1953 to 1958. However, the Sit-Com was not the first to use the title or the expression it came from with a bit of irony.

The title came from a popular expression in America from the beginning of the Twentieth Century. The O' Raghallaigh clan had been kings in Celtic Ireland's County Cavan. The name was eventually Anglicized to Reilly, and Riley became a popular given name. 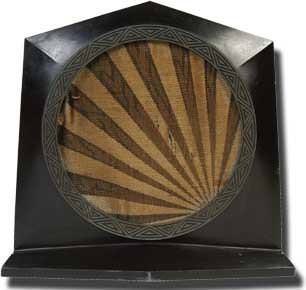 When America entered the Great War, young men from various backgrounds in training camps to answer their nation's call, including many first- and second-generation Irish immigrants. Like trainees in any army in the world, most of the men got jobs like peeling potatoes, scrubbing latrines, or digging ditches. A lucky few were assigned to cushy positions such as officer's aides or working in the camp's post office. The frontline trainees referred to those in the cushy jobs as "Living the Life of Riley".

Commercial broadcasting was still going through its initial growth phase in 1931 when Transco Syndications began developing the comedy serial, The Life O' Riley on Hollywood. The action follows Riley Bascombe ("Call me Riley for short") who is the hero of his small town of Medbury. Riley won a tree-sitting contest and the local hog calling competition before becoming Medbury's "Most Popular Young Man" popularity contest and won a thousand dollars and a contract to be the leading man for Piker Pictures.

Trouble begins for Riley on the train to California. Blinded by his self-importance, Riley is cheated out of $300 by "Hollywood Producer" L.J. Cheatem. With a contract in hand and the anticipated support of Mr. Cheatem, Riley is ready to take Hollywood by storm. The remains of his funds are rapidly evaporating, so he moves to a boarding house filled with other hopefuls. Luckily, he lands a small role in a football picture and is befriended by real-life All-American Howard "Red" Grange.

While attending a gala movie premiere, Riley runs into L.J. Cheatem, who makes the young man a Vice President and Treasurer of his new venture, Eureka Studios. Riley is looking forward to making great movies but Mr. Cheatem is more interested in selling stock in the company. Will our hero become a Hollywood success despite his naivety, or will he return to Medbury as a shamed and broken man? Tune in to find out.

The Life O' Riley in Hollywood pokes fun at the wide-eyed wonder that most of the nation held for the Movie business in the early years of the Great Depression, and still does today. Stars are (almost) never discovered sitting at a soda fountain wearing an attractive sweater, Overnight stardom is a myth, but it is a good myth which is worth perpetuating.