Home > Personality
Limited Quantity: Only 1 left at this sale price!

Although he was not the main star, Larry Storch was the face of TV's F Troop.

The Sixties were a golden era for TV Sitcoms when the situations themselves could be incredibly comical. Consider the US Army outpost of Fort Courage, setting of ABC-TV's F Troop (1965-66 and 1966-67 seasons). The remote Western fort was a dumping ground for the Army's "least useful soldiers and misfits" and the scene of endless shenanigans. Lead by actors Ken Berry as "Captain Parmenter" and Forrest Tucker as "Sergeant Morgan O'Rourke", for most fans, the face of F Troop is that of volatile but lovable Corporal Randolph Agarn played by Larry Storch. 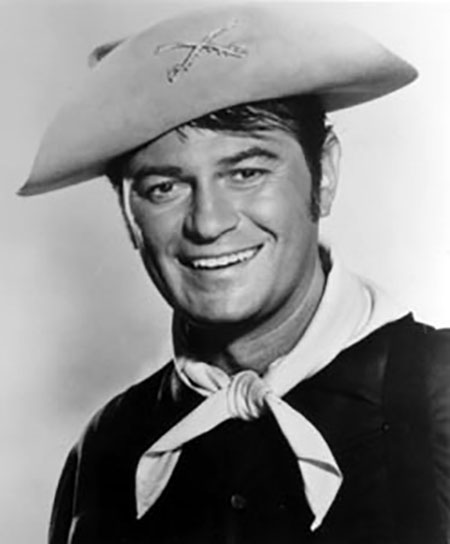 Born in 1923 and growing up on the multi-ethnic streets of the Bronx, Larry learned to amuse his friends with his impersonations and dialect impressions. He attended DeWitt Clinton High School where he became lifetime friends with another Sixties-TV stalwart, Don Adams of Get Smart fame. Storch did not graduate, however, preferring to work on his Stand Up act in local vaudeville houses.

When the War came, Storch enlisted in the Navy and was assigned to the Pacific Theater aboard the submarine tender USS Proteus (AS-19). When the War ended, Storch witnessed the Japanese Surrender aboard USS Missouri (BB-63) from Proteus's signal bridge with fellow New Yorker and future film star Tony Curtis. After mustering out of the Service in 1946, the former sailor had a fortuitous meeting with bandleader Phil Harris. Harris helped Larry to land a gig opening for Desi Arnaz and his wife, Lucille Ball at Ciro's Night Club at 8433 Sunset Blvd (now The Comedy Store).

An even bigger break came when Storch was tapped to cover for Kraft Music Hall host Frank Morgan, which gave him another chance to use his impersonations, including one of Morgan which drew the biggest laughs of the night. Former shipmate Tony Curtis helped Larry to get some film work, starting with the swashbuckling Curtis vehicle, The Prince Who Was a Thief (1951, Universal Pictures).

The small screen would be Storch's true home, with memorable appearances on Car 54 Where Are You?, Sergeant Bilko, Gilligan's Island, The Doris day Show, Get Smart, and several others. He is best remembered for his Emmy-nominated work on F Troop. Larry Storch turned 98 on January 8, 2021, and considers himself "semi-retired".