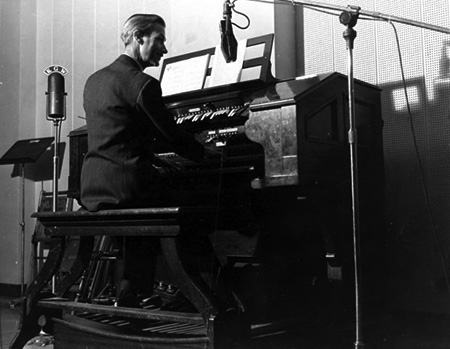 The shows that Old Time Radio enthusiasts enjoy so much were, for the most part, produced in network studios in one of the Radio Capitals of the Golden Age, New York, Los Angeles, and Chicago. These studios usually had a broadcast transmitter for their local market, but the important connection to the networks was over land-line telephone wires. When you listened to your favorite program on the family's radio set, your ears were at the end of a chain which started with the actors speaking into the studio microphones, then the studio technician would essentially place a phone call to the local affiliate stations which would broadcast the show. The broadcast distance of the local station is limited by atmospheric conditions, the size and type of antenna at home, and the wattage or power of the station's transmitter.

In the Pacific Northwest, one of the early powerhouse stations was Portland's KEX, which began broadcasting in 1926. The station began broadcasting at 670 kHz, which may have been too close on the dial to The Oregonian Newspaper's KGW at 620 kHz. Within a year, KEX moved to 1180 kHz, and in 1933 was acquired by The Oregonian. Both KGW and KEX had broadcast facilities at the Oregonian Building, 537 SW 5th Ave until a fire in 1943 forced both stations to relocate. 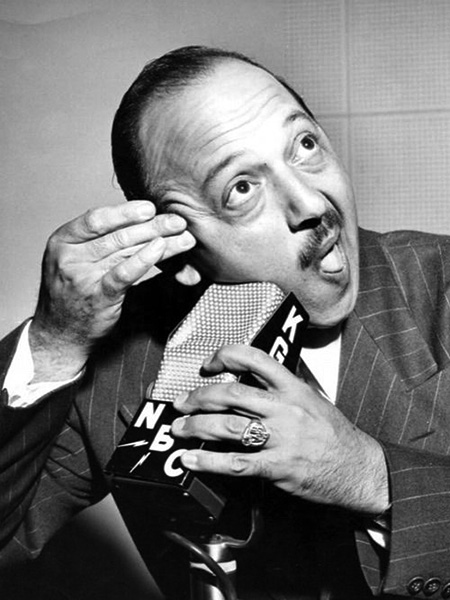 In July 1933, KEX hired an ambitious vaudevillian from San Francisco named Mel Blanc whose nightly Cobwebs & Nuts program showcased his growing talent of developing different character voice, a talent which would serve him well in coming years when he became the voice of Warner Bros Looney Tunes.

Both KEX and KGW became NBC affiliates. Westinghouse Broadcasting expanded to the West Coast in 1943 when it bought 5,000-watt KEX. The Portland station had moved to 1190 kHz after the North American Regional Broadcasting Agreement of 1941, a frequency it would share with Westinghouse station WOWO of Fort Wayne, Indiana. Westinghouse boosted KEW to 50,000 watts in 1948 but eventually sold the station to cowboy singer Gene Autry' Golden West Broadcasting.

The KEX Scrapbook of Sound is a series of ten programs featuring sound clips from the Golden Age of Radio. The first two programs trace the development of radio advertising, which is appropriate considering that sponsorship was the engine that drove the development of the medium. "Radio Coverage of World War Two" has very little narration but uses a tightly edited series of historic news clips to tell the story of the War from the Rise of the Third Reich to VJ Day.

After the end of Radio's Golden Age in the sixties, KEX adopted a "middle of the road" music format. The panel-discussion program from the mid to late 1940's features a moderator, community members, and an expert from the Oregon Prisons system discussing former inmate registration with local police. This recording contains technical glitches but is worth listening to for comparisons with the talk radio format of five decades later.