Just For You (Army Recruiting Syndication)

One of the biggest obstacles to WAAC recruitment was the fact that the Army uniform for women was decidedly unattractive compared to the other services. Army Services Forces countered this problem with radio programs like Just For You.

"I've Got You Under My Skin" 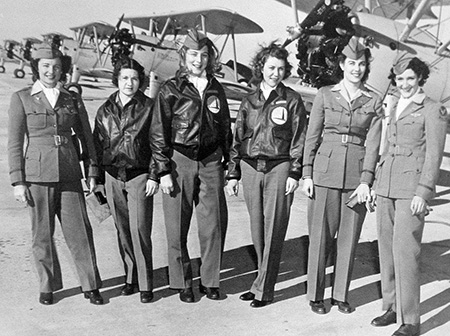 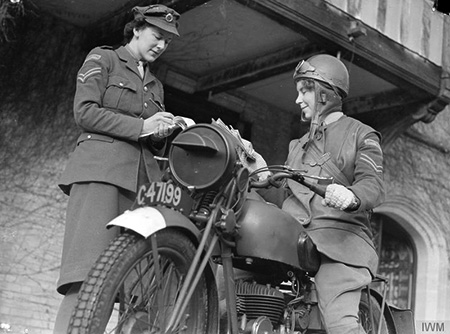 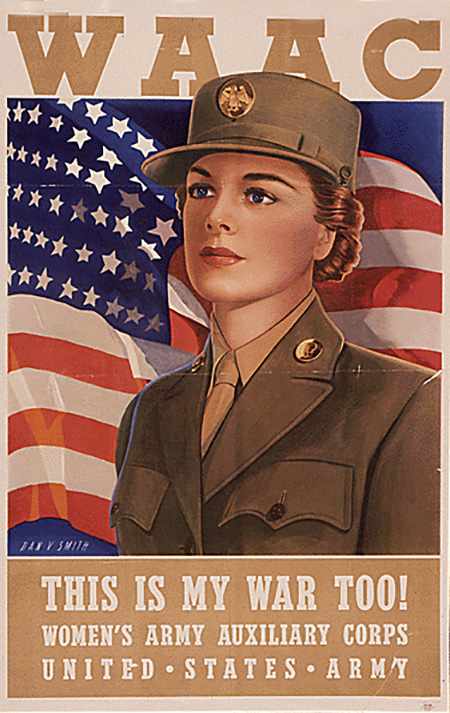 During the first months of 1942, George C. Marshall was a very, very busy man. As Chief of Staff for the United States Army, it was Marshall's job to win the Second World War. Military historians will point out that the War would be won by the actions of small units and leaders at the squad and platoon level, and the nation and the Army which serves it are justifiably proud of the initiative, daring, and fortitude demonstrated by the junior officers and NCO's who lead these small units. However, each of these small units is part of the Army as a whole, and the Army is a big, big organization. When America joined the War, it was just going to get bigger.

At the beginning of 1942, there were at least sixty-one officers and agencies who had direct access to General Marshall, and with that many distractions, there was no way that Marshall could be expected to win the War. In March, a sweeping reorganization of the Army divided the service into three autonomous forces, each to be headed by its own general who would report directly to Marshall. The reorganization was spearheaded by the Army Air Forces, which was to be expected since the "Fly-Fly Guys" had been seeking greater autonomy since the Air Corp was formed as part of the Signal Corp in 1914. Army Ground Forces are the ground-pounders (Infantry), cannon-cockers (artillery corps), and tank-drivers who would take the fight to the enemy. Everyone else in the Army (and there were many) would become part of the Army Service Forces.

In addition to the six distinct technical corps, the Corps of Engineers, Signal Corps, Ordnance Department, Quartermaster Corps, Chemical Corps and Medical Corps, the Service Forces were responsible for manpower and recruiting for the Army. The draft was in place, so manpower was not much of a problem, but the Army would need more than just men to win this War.

The Just For You syndicated radio program was just one of several efforts to encourage women between the ages of 21 and 45 to join the Women's Auxiliary Army Corps and "Free a Man to Fight". In addition to Army Nurses, WAACs would be trained as telephone switchboard operators, Clerk/Typists, mechanics, Postal Clerks, drivers, bakers, and even armorers who did maintenance on light and heavy weaponry.

One of the biggest obstacles to WAAC recruitment was the fact that the Army uniform for women was decidedly unattractive compared to the other services. Army Services Forces countered this problem with radio programs like Just For You. The show featured popular crooners Cpl Buddy Clark and Sgt Bob Eberly and was hosted by future TV and film actor Sgt Boris Aplon. The 334th Army Services Force Band provided the music. Midway through each 15-minute show was a sketch about a WAAC doing her part. The story might be a WAAC corporal trained in physical therapy helping an injured sergeant to believe that he can still work as a civilian mechanic after losing his arm, how a girl trained as an artist can work to develop camouflage, or how a teacher of deaf children with grown daughters of her own can help soldiers whose hearing had been damaged to feel better about themselves.

General Douglas McArthur noted that his WAACs were "my best soldiers" because they worked harder, complained less, and were generally better disciplined than their male counterparts. The 150,000 women who served in the Army were the equivalent of seven divisions of men released for combat duties. The WAACs were disbanded in 1978 and all female units were integrated with male units.