A Journey to the Center of the Earth

A Journey to the Center of the Earth tells the story of a German Scientist, Dr. Von Hardwigg who discovers a manuscript from an Icelandic alchemist telling of a route into the interior of the planet following volcanic tubes. The doctor, his nephew Harry, and their Icelandic guide Hans make the journey to find the mysterious passage into the Earth. 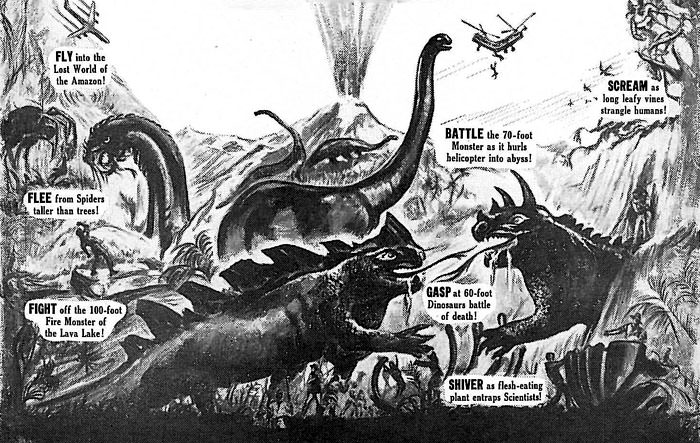 Jules Verne is credited, along with Hugo Gemsbach and H.G. Welles, as one of the fathers of Science Fiction. There is ample justification for this shared credit, especially when you consider the literary accomplishments of the latter pair. However this has to be kept in mind; Jules Verne was writing Science Fiction before the other two were born!

Verne was born a lawyer's son in Brittany, and spent the summers of his youth boating on the Loire River. The many ships navigating the river fired the youngster's imagination. While at boarding school his interest in writing as well as travel and adventure blossomed. In 1848 he travelled to Paris, supposedly to study for the Bar, but found himself writing operettas with a friend, and penning a few travel stories. When his father found he was putting more effort into the arts than legal studies his funding was cut off. For a time Verne was forced to work as a stock broker to support himself. In time he would meet Pierre-Jules Hetzel, an important publisher. Verne had a story that he presented to Hetzel that had been rejected by other publishers as being overly scientific. With Hetzel's help the story was rewritten and published in book form as Cinq semaines en ballon (Five Weeks in a Balloon), a story about exploring Africa from the air. Partnered with Hetzel, Verne would continue to publish one of two volumes a year, as well as magazine serials. Verne's second novel, Voyage au centre de la terre (A Journey to the Center of the Earth), was published in 1964.

A Journey to the Center of the Earth tells the story of a German Scientist, Dr. Von Hardwigg (Otto Lidenbrock in the original French) who discovers a manuscript from an Icelandic alchemist telling of a route into the interior of the planet following volcanic tubes in the crater of a volcano in Iceland. The doctor, along with his nephew Harry, who narrates the story, and their Icelandic guide Hans make the journey to the mountain and find the mysterious passage into the Earth.

The science of the story is based on the then new sciences of Geology and Archeology, in particular Lyell's Principles of Geology (1830) and Geological Evidences of the Antiquity of Man (1863). The science of Journey to the Center of the Earth has not held up as well as some of Verne's other, seemingly more fantastical tales like From the Earth to the Moon and Twenty Thousand Leagues Under the Sea.

It is interesting how willing most adapters of the story, especially for the screen, have been to stray from the original plot. This production, done in eight half-hour episodes, stays relatively true to the original.