Hosted by the authoritative Jazz reporter Leonard Feather, this US propaganda broadcasting service by Voice of America was an effort to spread the inherent goodness of American culture.

Choose your CD format
or order disks individually: Add to Cart Add to wishlist
Play a sample episode from September 20, 1952: 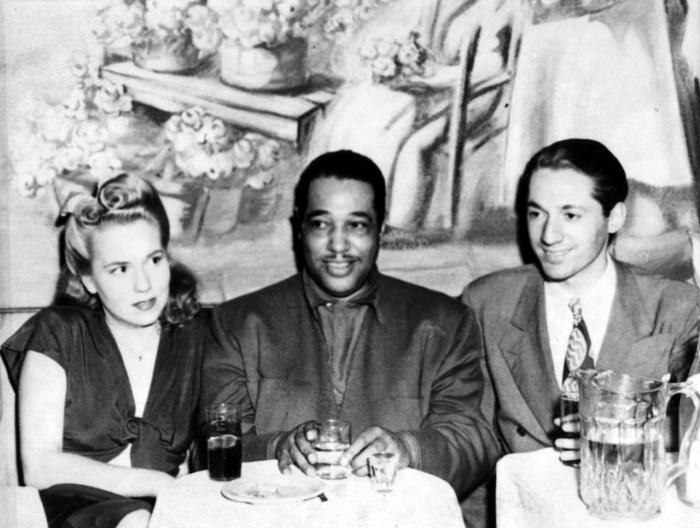 By 1951, the US propaganda broadcasting service, the Voice of America, had become an important "weapon" of the Cold War. The battle of the airwaves would be fought, not only with words, but with great American music.

The roots of VOA predate the Second World War, when the FCC began enforcing the State Department's "Good Neighbor Policy" in 1939 by regulating the broadcasts of NBC's "White Network" international service and CBS's Latin American networks. In 1940, shortwave broadcasts to Latin America were being used to counter Nazi propaganda. In 1942, VOA began broadcasting directly to Germany, promising that "we will be with you from America to talk about the war. . . . The news may be good or bad for us – We will always tell you the truth". 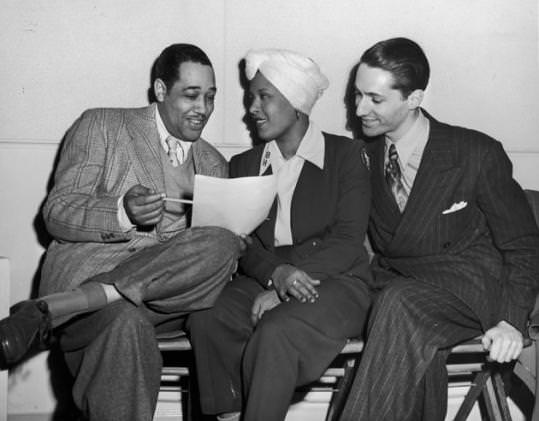 After the War, there was debate within the government on how best to use VOA, although it was generally agreed that it could be a valuable tool to counter Soviet propaganda. Part of the effort to spread the inherent goodness of American culture was the weekly Jazz Club USA program, hosted by the authoritative Jazz reporter Leonard Feather.

Feather was born in London in 1914, and taught himself to play piano and clarinet at an early age. He began writing about jazz and film in his late teens. He settled in New York City in 1939 where he worked as a record producer and jazz reporter for Metronome magazine. Later, he would serve as chief jazz critic for the Los Angeles Times.

Although Feather was acknowledged as an authority on the history of Jazz (his The New Encyclopedia of Jazz is considered a cornerstone of jazz historiography), he was an ardent proponent of new Jazz and an early promoter of Be-Bop.

Jazz Club USA is a study of the various forms of jazz, but it is more than just an educational program. Feather opens the program with "Greetings and Modulations" and never lets the audience forget that the music is the most important thing.

VOA's choice of Leonard Feather as host of Jazz Club USA is interesting, as the programs were recorded the same year that students in Virginia began the protest which would be the basis for Brown vs The Board of Education. Feather was a tireless advocate of civil rights, and helped to eliminate the Jim Crow regulations in the music and movie industries.

In spite of his activism and critical feelings, Jazz Club USA does a remarkable job of presenting all forms of jazz, from slave era spirituals to Be-bop, from Dixieland to Swing, it is all presented as America's music in Jazz Club USA.