One of the AFRTS most popular DJs was Ira Cook whose personality comes shining through in every one of his recorded broadcasts; he is a white collared, narrow tie-wearing square, but he had an appreciation for popular music

Even more than the music, being a disk jockey as about personality.  DJ shows are pretty easy to produce, which is why they became so popular after the networks began cutting back on their radio presence. The Armed Forces Radio and Television Service (AFRTS, previously AFRS) was a lot more accepting of DJs than the commercial networks. The commercial networks thought it playing recorded music on the air was a sign of lesser quality programming, while AFRS and AFRTS outlets regularly played prerecorded programming, An AFRTS DJ show was a prerecorded show featuring prerecorded music. As long as it made the boys serving overseas happy, it was good programming. 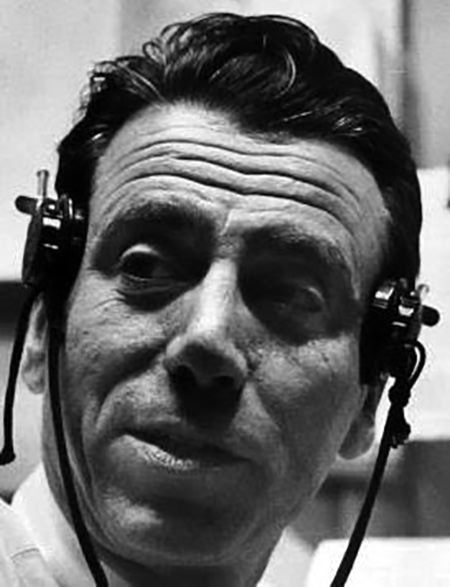 One of the AFRTS most popular DJs was Ira Cook. Cook's personality comes shining through in every one of his recorded broadcasts; he is a white collared, narrow tie-wearing square, but he had an appreciation for popular music (but probably not so much for rock 'n' roll), a decent, if understated, sense of humor. It is also obvious that he had a great deal of affection for the servicemen who made up his audience at a time (during and immediately after the Vietnam War) when servicemen were not universally popular in the public eye.

Cook had worn his country's uniform and had some appreciation for the sacrifices men stationed overseas were making during the Cold War era. Born Ira Leigh Cook in Duluth, Minnesota, 1916, Cook would serve in WWII and see action in Europe during the Battle of the Bulge. Ira attended Duluth Central High School where he had been part of the cross-country, golf, and tennis teams. After graduation, he attended Stanford University where he began studying medicine, graduating in 1938. About that time, his parents relocated to California. Rather than continue in his medical training, Ira landed a job as an announcer and record librarian at a Los Angeles radio station.

After the War, Cook became an on-air personality for KMPC Los Angeles. He was given a morning show and gained some notoriety for playing Hawaiian music during his sets.  He co-wrote a few songs and appeared in a few movies, including The Stars Are Singing (1953), Geisha Boy (1958), and The Five Pennies (1959). He began recording his daily transcribed show for AFRTS in 1961, featuring recordings by Sinatra, Barbra Streisand, the Ray Conniff Singers, Johnny Mathis, the Tijuana Brass, Johnnie Ray, Sammy Davis Jr., and other popular acts.