Hanukkah is commonly referred to as "the Festival of Lights" and the word means "to dedicate". 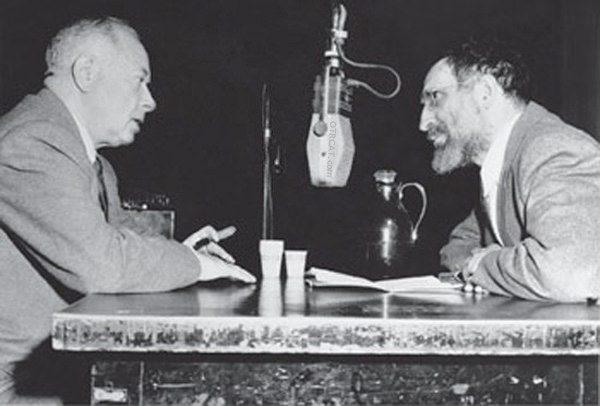 Many American Christians think of Hanukkah as simply being a Jewish version of the secular Christmas holiday. This, of course, is not accurate. Christmas and Hanukkah are similar in many ways. Both are celebrated during the same time of the year (the precise date of Hanukkah is based on the Hebrew calendar so it can fall anytime between Thanksgiving and Christmas Day) and beyond their strictly religious significance, both Holidays focus on children. While Christmas is seen as a highpoint of the Christian year, Hanukkah is actually a relatively minor Holiday.

Some merchants think of Hanukkah as the time Jews give Christmas presents, gift giving is not an important part of the Hanukkah tradition (unless, of course, you are a kid hoping to receive a favorite toy). Feasting, singing, game playing, and family get-togethers are traditional parts of the Hanukkah celebration, and it is considered a joyous time.

Hanukkah is commonly referred to as "the Festival of Lights" and the word means "to dedicate". The Torah, which is the central Jewish religious text, does not refer to Hanukkah because the events which inspired the holiday occurred long after it was written, but the New Testament does refer to Jesus attending "a Feast of Dedication". Before 200 BCE, Judea was under the rule of Ptolemaic Egypt which was very liberal concerning religious tolerance. However, the Ptolemies were overthrown by the Hellenistic Syrian Empire who sought to impose their beliefs on their subjects. The Temple in Jerusalem was looted and an altar to Zeus erected. 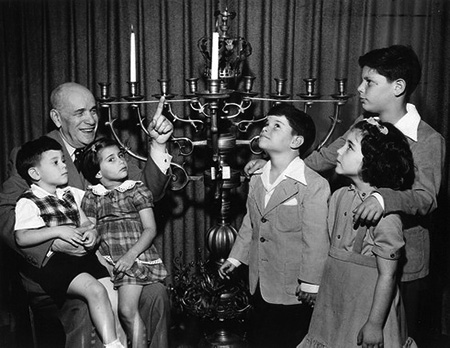 A Jewish revolt succeeded under the leadership of Judah Maccabee ("Judah the Hammer") in 165 BCE, and Judah order that the Temple be cleansed and rededicated. The Talmudic law calls for a lamp, or menorah, burning pure olive oil blessed by the high priest to be lit throughout the night in the Temple, but only one flask of undefiled oil could be found. However, the oil in that one flask burned for the eight nights until new oil could be pressed to replace it. This is the miracle of Hanukkah.

The central symbol of Hanukkah is a nine-branched candelabrum or menorah. The central, or "helper" candle is used to light the others, and each night of the eight-day celebration an additional candle is lighted. As previously mentioned, gift giving is not a traditional part of the celebration but many families do exchange presents on one or more nights during Hanukkah. Traditional Hanukkah foods are often fried or baked in olive oil, like latkes (potato pancakes) or doughnuts filled with fruit jellies. Children often play with a four-sided top called a dreidel, and Hanukkah gelt, or money, is traditionally distributed on the fifth night.

The Eternal Light was broadcast on NBC between 1944 and 1989 and was produced with the cooperation of the Jewish Theological Seminary of America.