Experience a bit of the genius of G. K. Chesterton through his thoughts about architecture, Rudyard Kipling, and the ingredients for the Spice of Life. 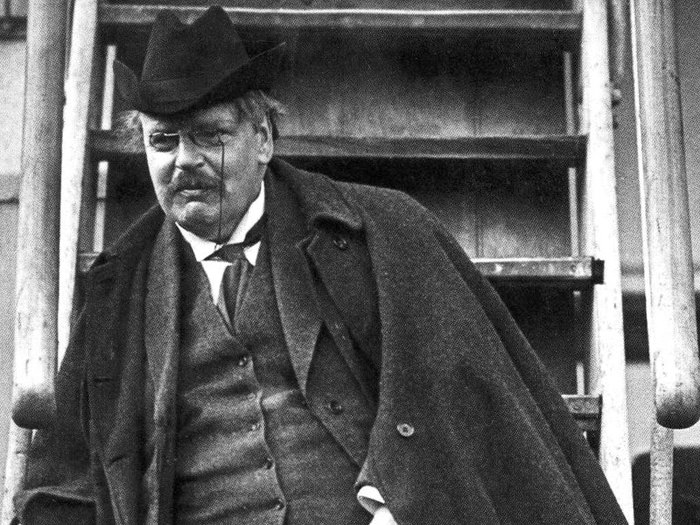 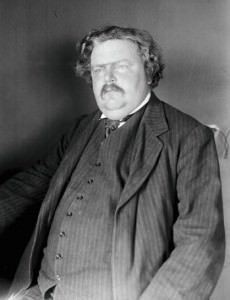 G.K. Chesterton was an British writer with a very large body of work including poetry, plays, detective novels, fantasy novels, and very much more. He wrote about 80 books, 4000 essays and a few hundred poems. In addition to writing, Chesterton debated and lectured in public forums. Even though he lived well into the 1930s and well after recordings were commonplace, it seems that only four recordings of Chesterton exist.

Chesterton was a physically large man with an intellect to match. According to George Bernard Shaw, "He was a man of colossal genius". His contemporaries included, in addition to Shaw, H. G. Wells, Clarence Darrow, and many more. He often engaged these contemporaries in friendly public debates on many subjects from religion to politics.

Born Gilbert Keith to a middle class family in London, he was educated at University College and the Slade School of Art though he did not graduate from either. After leaving school, he experimented with the occult eventually rejecting the occult and moving closer to the church. In the 1920s, he converted from the Church of England to the Roman Catholic Church becoming somewhat of a Catholic apologist.