The first president of the United States and one of our country's founding fathers, George Washington was a popular character in radio.

There are two George Washington's in popular consciousness, the more important being the gentleman planter from Virginia who led the young nation's ragtag military forces to victory over what was then the most potent military force in the world and eventually became the first President of the United States, a role in which he helped to shape the Nation by defining just what it meant to be President. The other George Washington is the legend which has built up around the man's reputation. 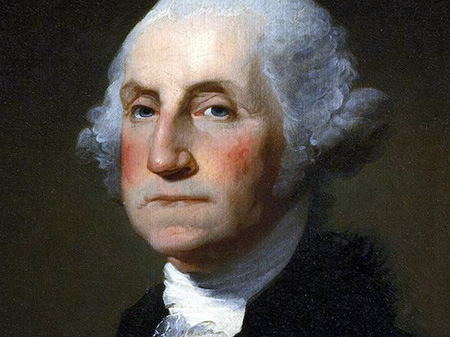 This second Washington is the one whom school children are taught cut down a cherry tree and then told his father of his misdeed, stating: "I cannot tell a lie!" This legend was first reported by biographer Parson Weems who based the story on what he was told by people who knew young George as a child and were interviewed after Washington's death. The story was popularized schoolbook publishers who wanted to spread a moral lesson based on historical figures, but after 1890, it became important to scholars that historical facts should be based on documentation and no such evidence exists for the cherry tree story beyond Weems' report of the anecdote. We are left with no proof that it ever happened (but, then again, there is no proof that it didn't!)

Factual Washington has an understandably difficult time living up to the national sainthood of Legendary George, but that does not make him any less of a heroic figure or diminish his contributions to the nation he helped found. Washington was not the great military man or brilliant tactician we would like to believe he was, however, he was able to recognize talent and inspired loyalty in his troops, characteristics which are more important to successful generalship than tactical brilliance.

The programs in this collection deal with the two Washington's in unique ways. Propagandist Father Coughlin makes use of the First President's reputation when Washington's words seem to support Coughlin's Isolationist agenda. Fibber McGee and Molly take advantage of the fact that Washington's birthday, along with Lincoln's, is the only Presidential birthdays declared a National holiday (originally celebrated on February 22, since 1971 the holiday has been moved to the third Monday in February under the Uniform Monday Holiday Act, which means it will never fall on Washington's actual birthday). 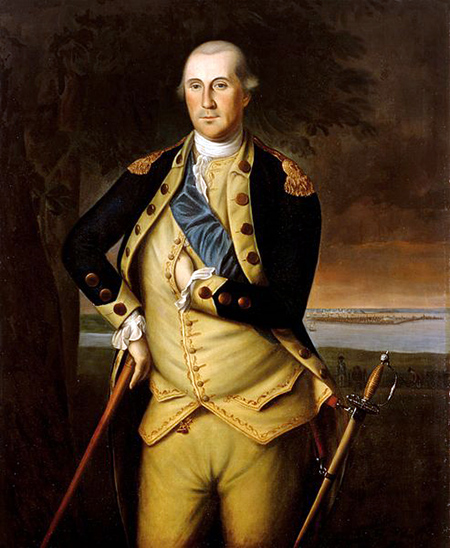 Hedda Harper uses Washington's words in her own context while speaking in support of the anti-Communist "witch-hunt" of the HUAC during the early Fifties. The Man Called X travels to historic Philadelphia to recover a set of candlesticks which belonged to the first President but now hold the key to uncovering Nazi loot. In the fantastical tale "The Ballad of Dan McBurdy" presented by Family Theatre, McBurdy advises General Washington to cross the Delaware River on Christmas Eve to surprise the British at Trenton. Orson Welles has some fun with the audience of Radio Almanac when he announces that George Washington was the eighth President. The producers of Superman invoke the ideals of the first President by creating "The George Washington Patrol" for listeners to join in the fight against intolerance.

It is important to remember Legendary Washington became legendary because of the real-life adventures and accomplishments of Factual Washington. Radio presents a number of true-life dramas and biographical sketches from the life of George Washington. ABC's educational offering Mr. President had stories about Washington on at least five different occasions. Cavalcade of America looked at Washington's mother to see how she helped to plant the seed of greatness. Biography in Sound puts a unique spin on Washington's story by presenting it as though Washington had only recently passed away.

So, which is more important to America in the Twenty-first Century, the Fact or the Legend? Through the somewhat murky view of history, it is harder and harder to tell the difference. Perhaps the answer is that it does not matter as much as the realization that our nation owes a great debt, not only to the memory of George Washington, but to countless other heroes, great and small, who pledged their honor, their fortunes, and their very lives to make America what it is today.