From the Bookshelf of the World (AFRS)

Although some of these boys would not have picked up a book themselves after they left high school, programs like From the Bookshelf of the World exposed them to some of the great stories in literature.

Choose your CD format
or order disks individually: Add to Cart Add to wishlist
Play a sample episode from November 11, 1940:

"This is the Armed Forces Radio Service… the voice of information and education."

As noble as that sounds, it is fairly certain that most of the soldiers, sailors, and airmen who tuned into AFRS while they were serving overseas during the early post-War period were more interested in being entertained. Fortunately, the Radio Service was pretty good at that even while fulfilling their less exciting sounding mandate. 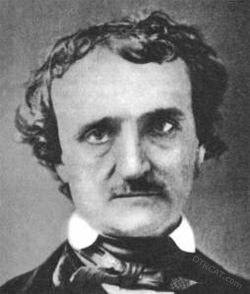 During the War, the cream of Hollywood was falling over one another to do shows for the boys in uniform, and AFRS was a great way for them to lend their support. Naturally, interest in all things military fell off after the Victory was assured, but as the only great power to come out of the War with a strong economy, America found itself with increasing military commitments around the globe. AFRS found less support from the commercial entertainment industry, but still managed to put together some terrific programming for the men serving.

Although it may have seemed a bit "long-haired" for a kid off the farm who had never owned a pair of shoes of his very own until Uncle Sam issued him a pair in boot camp, classic literature has always been a terrific source of material for radio. All the writer had to do was synopsize a great book, the plotting and characters were already there. So was most of the dialog. All he needed to do was adapt and cut the story to fit into a half-hour format.

Although most of these boys would not have picked up a book themselves after they left high school, programs like From the Bookshelf of the World exposed them to some of the great stories in literature. The collection includes Edgar Allen Poe's The Gold Bug, Pride and Prejudice by Jane Austen, Shakespeare's Twelfth Night, Robert Louis Stevenson's Kidnapped, and several others.

While arguably not as enriching as actually reading the books, AFRS's From the Bookshelf of the World managed to be highly entertaining while being educational as well.