A feisty leading lady who's career was cut short due to the politics of the studio system and her personal shortcomings. 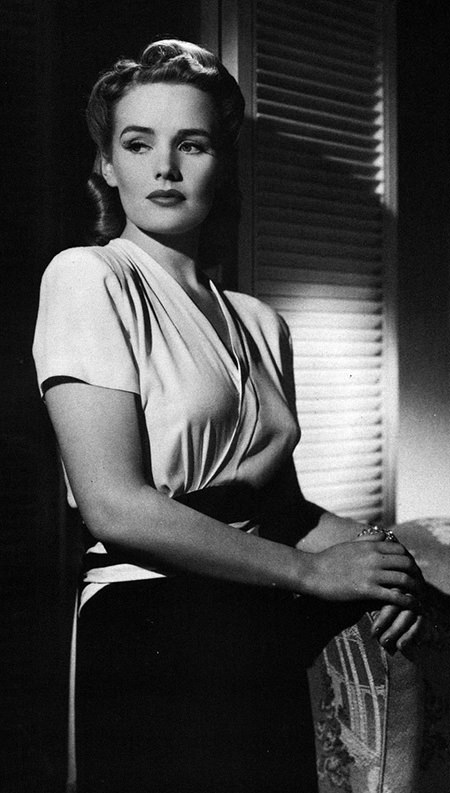 Hollywood loves a feisty leading lady, as long as she is not too feisty. Frances Farmer was a pretty girl from Seattle who refused to play by the rules of the Studio System. If this was a movie script, she would have found a way to overcome the odds and beat the studios at their own game. As it was, she was taken advantage of and driven to unimaginable depths of despair. She may have one a sort of spiritual vengeance with the release of the 1982 Academy Award Nominated bio-pic Frances starring Jessica Lange, but the picture was sensationalized, fictionalized, and made reference to cruelties which never in fact occurred. Frances Farmer's sad life did not need to be embellished to have been a compelling drama. The truth is a sufficiently sad story.

Frances was born the daughter of a successful lawyer, 1913, but became a rebel at an early age. While attending West Seattle High School, she entered an essay contest and won $100 with a piece titled "God Dies", based on her reading of Nietzsche. Despite her father's wealth, she insisted on working at various jobs to pay for her tuition to the University of Washington. There she won a popularity contest which awarded her with a trip to Europe, and another writing contest with a leftist newspaper which netted her a chance to study acting using the Stanislavski System at the Moscow Art Theatre. Naturally, these would eventually label her as an atheist Communist.

When she returned from the Soviet Union in 1935, she stopped in New York to seek employment in "legitimate theater", but was discovered by a Paramount talent scout who offered her a screen test and a contract. She was just 22 when she moved to Hollywood and starred in a pair of B-movies in 1936. She married the costar of one of the films, actor Leif Erickson, and received her first "A" feature role in Rhythm on the Range (1936) with Bing Crosby. Although Paramount was convinced that they had a rising star on their hands, Frances chafed under the total control the studio had of her life and career. She resented being cast in roles that took more advantage of her looks than her talent, and she was not happy to have her private life glamorized. The parties and the Hollywood dating scene which were the fodder of gossip columnists held little interest for her. 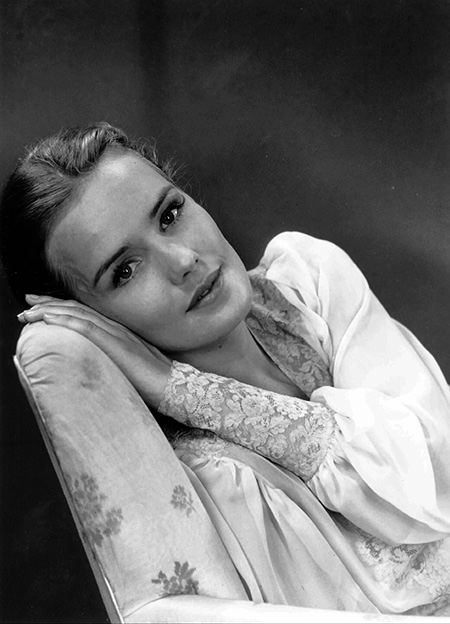 When her contract was up for renewal, Farmer made insisted on conditions that would only force her to remain in Los Angeles for three months out of the year so she could spend the rest of her time working in legitimate theater projects. However, the plays she was cast in had short runs, and she found herself back in L.A. and too often drinking alone. Paramount loaned her to other studios more than they used her, and soon good roles were fewer and fewer.

One night in 1942, she was arrested for driving with her headlights on bright during Wartime blackout conditions. She was also suspected of being drunk, so was given an 180-day suspended sentence and given a $500 fine, of which she paid half. When she failed to pay the remaining fine, a warrant for her arrest was issued and the police knocked on her hotel room door. When there was no answer, they entered using a passkey and found her drunk and asleep in the nude. It was reported that she "did not surrender peacefully". After arguing with the judge, Frances was awarded 180 days of jail time, but the studio arranged for her to remanded to the Kimball Sanitarium. Her lawyer father arranged for Frances's mother to assume legal guardianship from the State of California and took her back to Seattle.

While living with her parents, Frances fought bitterly with her mother. Since all of her legal rights were in the hands of her guardian, her mother, she was helpless when she was committed to the Western State Hospital. She was released and recommitted to the mental institution three times, but despite its portrayal in the movie Frances, she was not lobotomized, nor did she have any surgery of any kind at the hospital. After her final release, she petitioned to have her legal rights restored. She worked briefly on a daytime talk show in Indianapolis titled Frances Farmer Presents (1958) for six years but was fired after appearing drunk on the set. She spent her remaining years' operating small businesses from her home and working on her autobiography, which was not complete when she passed away.