Human beings are designed to run, and it can be a joyous activity.

Choose your CD format
or order disks individually: Add to Cart Add to wishlist
Play a sample episode from July 21, 1955: 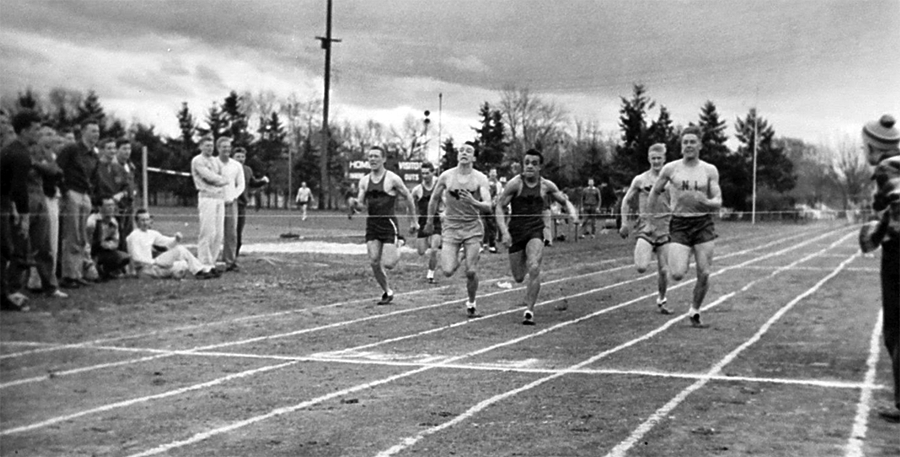 The ancient Athenians were all too aware that Darius the Great of Persia was not a man to be taken lightly, and they also knew that the Persian leader intended to enslave their city. Darius's forces landed on the eastern shore of Attica intending to march the 26 miles overland to Athens, sorting out their mighty infantry forces and even more formidable cavalry along the way. When the Persians came ashore, they found not only a determined Athenian opposition, but they also discovered that the marshy plain they were attacking over would not allow them to bring their cavalry to bear against the defenders.

The defeated Persians fled back to their ships with the determination to sail around Attica to attack Athens more directly, however, as soon as the Persian retreat became obvious, the messenger Pheidippides was dispatched to take the news to the city. Pheidippides ran the entire 26 miles across the plain and as soon as he had delivered his news to the Athenian Assembly, he fell dead. The Battle had been at the Plain of Marathon, and Pheidippides' great run is memorialized as the Marathon, the most prestigious of all footraces. 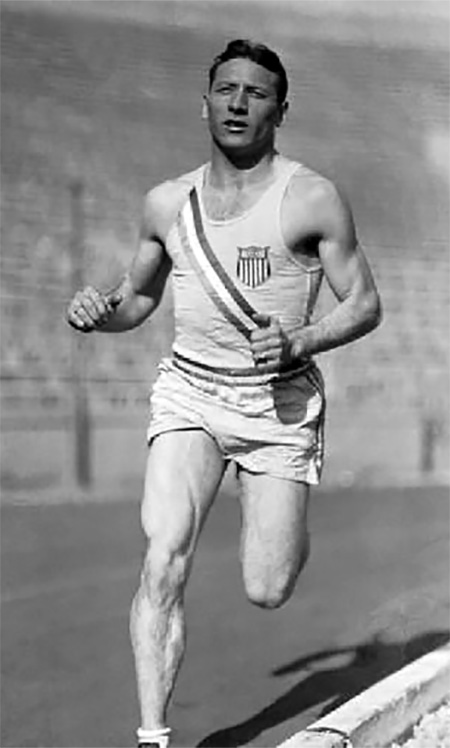 Running is considered to be the most accessible sport. Youngsters run for the sheer joy of running, and although few will join the elite ranks of Marathon runners, it is a pastime that can be enjoyed by all ages. The human form seems to be ideally adapted to long-distance running, and running was an important part of early man's hunting strategy. Almost all of the grazing animals on the plains of the ancient world were faster in the sprint than a man on his two legs, but that burst of speed came at a cost. Before the prey could rest and recover from the sprint, the hunter would come jogging back into range, forcing the terrified prey into another costly sprint. After a few sprint-jog-sprint cycles, the exhausted prey would find himself on a spit over the jogger's roasting fire.

Mankind did not give up running with the advent of agriculture, of course. Competitive running became part of religious festivals with runners representing the heavens which moved constantly across the night sky. The runners in the Olympic Games of ancient Greece would compete in the nude so that nothing would come between them and the glory of the Gods. A modern runner would not consider going out the door without a lycra "speed suit", wrap-around sunglasses, a pulse/fitness monitor on his wrist, headphones and an MP3 player, and heavily padded, uniquely supportive, and outrageously expensive running shoes.

In the early Sixties, University of Oregon track star Phil Knight and his coach, Bill Bowerman, had a side hustle selling light-weight Onitsuka Tiger track shoes from the trunk of their cars at track meets. At the time, the stadium at U of O was transitioning to an artificial surface, and Bowerman wanted a shoe for his athletes which could perform on both natural and manmade tracks. Realizing that the squares of his wife's waffle iron could create the ideal tread, the waffle surface was married to the bottom of a padded midsole and the Nike running shoe was born.

The rise of Nike and other running shoe giants can be seen as much as a fashion statement as a fitness revolution. Ironically, the fitness craze led to an unsurprising increase in sports injuries. Counterintuitively, a major source of these injuries can be blamed on the running shoes that began the running craze in the first place. As pointed out above, the human physique is uniquely suited to running. The padding of a running shoe encourages the runner to land on his heel, which takes the springiness of the arch of the foot and the Achilles' tendon out of the running motion. The resulting stride can injure the runners' knees and other joints.

As long as it can be done without injury, running is one of the most joyous and human activities.