Comic Ernie Kovacs was one of television's true pioneers and is often considered one of the mediums first video artists. His genius stemmed not only from his ability to think of things that would make up laugh, but from his willingness to try just about anything to put the audience in stitches.

Ernie's dad had been a beat cop in Trenton, New Jersey, before improving his station as a "beverage dealer" during Prohibition. The family's fortunes declined when prohibition came to an end and Ernie had to transfer from private to public school. 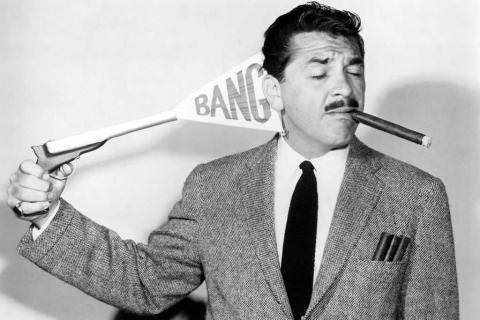 The only class that held his interest was drama, and he managed to win a scholarship to the American Academy of Performing Arts. He cut his teeth doing summer stock work, but illness landed him in the hospital for more than a year. While in the hospital he developed an appreciation for classical music from the radio and developed his comedic talents performing for the doctors and other patients. After his recovery, he went home to live with his mother and took a job as a cigar salesman.

The same teacher who helped Ernie get his scholarship helped him win an audition at WTTM, Trenton, where he landed a late night DJ spot and became the station's "special events director". With his own sound truck, he could and did show up anywhere in and around Trenton.

When Ernie landed a TV job in Philadelphia he was given the wake up show Three To Get Ready. Sponsors wanted nothing to do with Ernie's crazy antics, but the audience loved it. The show's producer brought a pretty blond on board named Edie Adams, and Ernie was smitten. The couple eventually eloped to Mexico City.

No gag was too outrageous for Ernie to try. He once spent the programs entire budget to dig a hole under a Nash Metropolitan. When Ernie slapped the hood on camera, the whole car disappeared into the hole. He showed his ability to "smoke" under water by releasing milk from his mouth while sitting in a glass tank in the studio.

Ernie Kovacs was killed in an auto accident in Los Angeles in 1962, just as his career was getting ready to take off. At his funeral, the pastor said that Ernie summed up his short life in two sentences: "I was born in Trenton, New Jersey in 1919 to a Hungarian couple. I've been smoking cigars ever since." 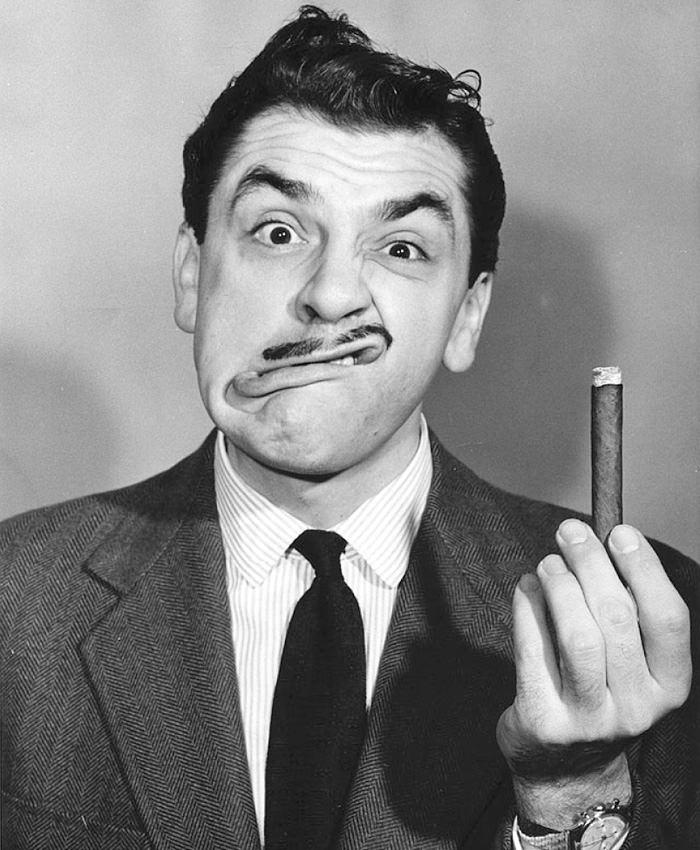