The handsome actor worked in more than thirty films in the 1930s with some of the biggest names in Hollywood. 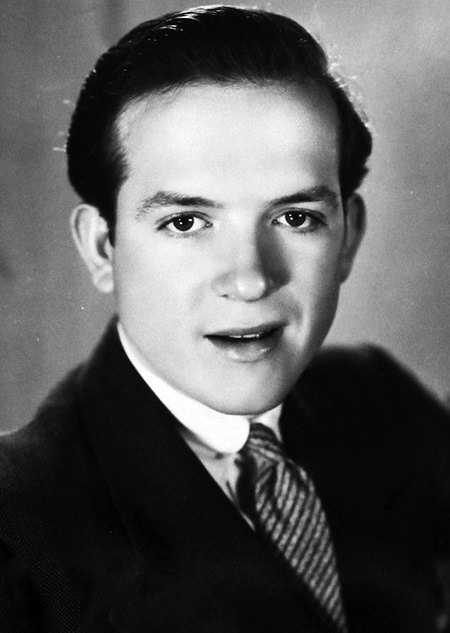 After some success as a piano player and actor with the Theater Royal in Stockholm, Sweden, Phillip Linden decided to seek his fortune by immigrating to America where he married fellow Swedish immigrant Elvira Lundborg. Their son, Eric, was born in 1909, but opportunities for Swedish entertainers was more limited than Phillip anticipated. His dad disappeared when Eric was just six years old.

Little Eric sold newspapers on Tenth Ave to help support the family but found time to participate in plays at DeWitt Clinton High School. He continued his interest in drama while working his way through Columbia University as an usher at the Riverside, Riviera, and Roxy Theaters. He was invited to join the Theater Guild and found work on Broadway. Hollywood director Charlie Ruggles spotted the handsome young actor and invited him to Hollywood where he starred in RKO's sensationalistic juvenile delinquency film Are These Our Children? (1931, Eric's character is executed in the film).

Linden would appear in more than 30 pictures over the next decade, usually as "sensitive, intellectual, slightly weak-willed juveniles" in tragic second-lead roles. He appeared opposite some of the biggest names in Hollywood, including Joan Blondell, Lionel Barrymore, Mickey Rooney, and Wallace Beery. In Gone with the Wind (1939) he played an extensive role as a soldier dealing with an amputation in the hospital, but the part was cut to less than a minute on screen in editing.

He entered the service during WWII and did not return to film after the War until later in life. A Star on the Hollywood Walk of Fame at 7097 Hollywood Blvd honors contributions to Motion Pictures by Eric Linden. The Star is located near the westernmost extension of the Walk and is across the street from the Four Ladies of Hollywood sculpture.